A Major final with world stars and surprises

A Major final with world stars and surprises

The show week of the CHIO Aachen 2017 is gradually coming to a close and now we can already reveal, which 40 riders are going to compete in the Final on Sunday afternoon, the “Rolex Grand Prix, the Grand Prix of Aachen”.

A huge surprise up front: The current Grand Slam contender, Pedro Veniss, will not be on the starting list, as became clear after the third and last qualifier today, the “Prize of North Rhine-Westphalia”: “I noticed in the ring that my horse, ‘Quabri de l‘Isle’ didn’t feel good today. He wasn’t in his usual form, so I retired right after the first few obstacles,” commented a visibly disappointed, Pedro Veniss, who could only have secured himself a place in the Major final, if he had achieved a top placing in today’s class. “It was my big dream to compete in the ‘Rolex Grand Prix’ on Sunday, but of course the well-being of ‘Quabri’ definitely takes priority.”

Even if luck wasn’t on the side of Pedro Veniss in Aachen, his personal Rolex Grand Slam is not over yet. Because at the 2017 Spruce Meadows ‘Masters’ in September, the Brazilian rider still has the chance to claim his second Major victory within a Grand Slam cycle. A bonus that the British show-jumper, Scott Brash, will have his sights set on this Sunday. Because the winner of the Spruce Meadows ‘Masters’ in 2016 was one of the 40 riders to qualify for the “Rolex Grand Prix”.

Scott Brash will be battling it out against the strongest competitors the international show jumping sport has to offer – heading his list of rivals is the current number one in the world rankings, Kent Farrington from the USA, who demonstrated that he is in absolute top form after riding to victory in today’s “Prize of North Rhine-Westphalia”. His team colleagues, Beezie Madden, McLain Ward, Lauren Hough and Laura Kraut are all on board too. Also on the starting list for the “Rolex Grand Prix”: the Olympic gold-medallist Steve Guerdat from Switzerland, Eric Lamaze from Canada as well as Kevin Staut and Roger-Yves Bost from France. The Irish rider Bertram Allen; the Italian show-jumper Lorenzo de Luca, Spain’s Sergio Alvarez Moya, Henrik von Eckermann from Sweden and the Dutchman Harrie Smolders have also secured themselves a ticket for the final. Together with the youngest Major winner of all time, Olivier Philippaerts from Belgium, who won the Grand Prix at the Spruce Meadows ‘Masters’ in 2012 at the tender age of 19, he is accompanied by his fellow countrymen Gregory Wathelet and Pieter Devos, who won the Major in Calgary in 2013.

Twelve riders will be representing the host nation, including last year’s winner, Philipp Weishaupt; the three-time Aachen Champion, Ludger Beerbaum; the winner from the year 2005, Meredith Michaels-Beerbaum as well as the youngsters, Laura Klaphake and Maurice Tebbel.

The best riders in the world will be competing against each other in the “Rolex Grand Prix, the Grand Prix of Aachen” on Sunday, the competition commences at 1:15 p.m. One of them will leave the most famous arena in the world as the new Major winner. The Rolex Grand Slam of Show Jumping is entering a new round! 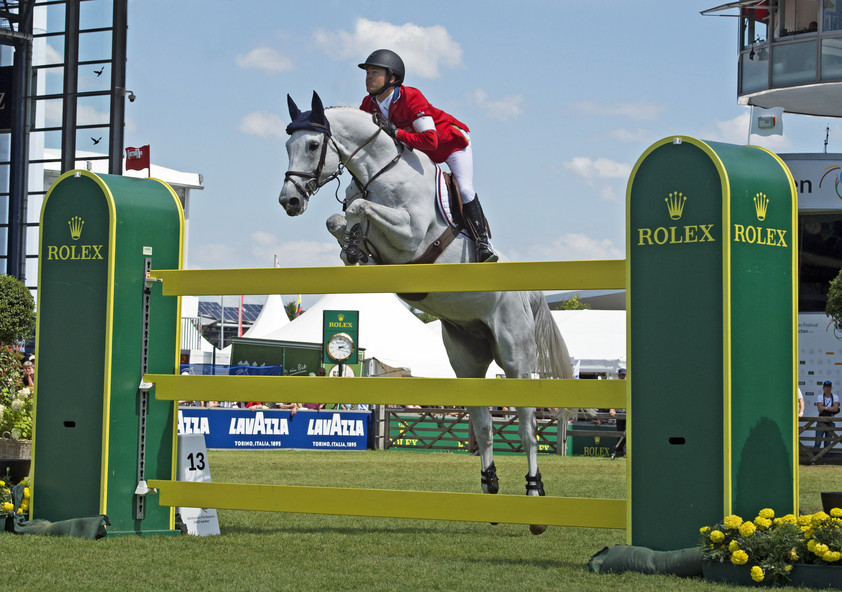 Kent Farrington and “Uceko”, winners of the “Prize of North Rhine-Westphalia”, the third and last qualifier for the “Rolex Grand Prix” on Sunday