All current major champions in Geneva 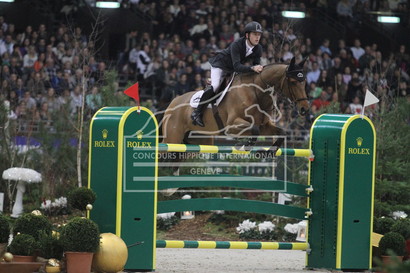 N°1 in the world: Scott Brash

Just a month to go until the Concours Hippique International de Genève (CHI) kicks off and the participation is looking top notch with all the current champions responding present: Olympic champions, individual and team World champions, the European champion as well as the previous winner of the Rolex IJRC Top 10 Final and the actual leader of the World ranking. Geneva is an essential date in the agenda at this year’s end.

The public in Geneva will be spoilt rotten from December 11th through December 14th 2014! All the title holders have planned to attend. With the Olympic champion, Steve Guerdat, also a participant in the 14th edition of the Rolex IJRC Top 10 Final. Facing him, a strong Dutch delegation comprised of the World Champion 2014, Jeroen Dubbeldam, surrounded by his three World champion compatriots, Jur Vrieling, Maikel van der Vleuten and Gerco Schröder, all silver medallists at the Olympic Games in London.

To top off this exceptional tableau, the German rider, Daniel Deusser, winner of last year’s Rolex IJRC Top 10 Final as well as the World Cup champion in 2014, and the British, n°1 in the world, Scott Brash will ride the Palexpo arena, an arena that shines the brightest stars in the world.