All set for the off: Major atmosphere in Aachen!

The Rolex Grand Slam of Show Jumping is back in Germany: The CHIO Aachen 2017 is in full swing and over the next few days, the utmost and ultimate priority for the top show-jumpers in the world is to secure one of the coveted places in the grand final on Sunday afternoon, the “Rolex Grand Prix, the Grand Prix of Aachen”, which is endowed with one million Euros in prize-money.

Not only is the host nation represented by first-class riders like Ludger Beerbaum, Christian Ahlmann, Meredith Michaels-Beerbaum, Marcus Ehning and last year’s winner Philipp Weishaupt. The team the USA has sent to the Soers also includes the country’s best riders among others the current number one in the world rankings, Kent Farrington, as well as the winner of the world cup final, McLain Ward. The same can be said of the French participants, namely three riders of the gold-winning team from the 2016 Olympic Games in Rio are on board – Kevin Staut, Roger-Yves Bost and Philippe Rozier. The visitors of the World Equestrian Festival can additionally look forward to the Canadian bronze medal winner from Rio, Eric Lamaze, the top Irish rider Bertram Allen, the Italian high-flyer Lorenzo de Luca and the Swiss Olympic gold-medallist, Steve Guerdat.

For all of these athletes, the victory in the Grand Prix on Sunday would also mean the beginning of their personal Rolex Grand Slam: The rider, who succeeds in winning three equestrian sport Majors in direct succession, goes down in history as the winner of the Rolex Grand Slam of Show Jumping and claims a bonus of one million Euros. Scott Brash from Great Britain is the only rider to have achieved this feat so far – in 2014/15 – and all eyes will be cast on him once again at the CHIO Aachen 2017: Since, thanks to his repeated triumph at the Spruce Meadows ‘Masters’ 2016, he has the chance of picking up a 250,000-Euro bonus for two Major victories within one Grand Slam cycle.

Pedro Veniss travels to Aachen as the current Grand Slam contender: After his victory at the CHI Geneva 2016 last December, the Brazilian will now be striving to win his second Major in succession. If he jumps to victory in the “Rolex Grand Prix” on Sunday, he will be riding for the Grand Slam title in Calgary in September.

However, like most of the other riders, Pedro Veniss first of all has to qualify for the Grand Prix: The qualifiers for securing a place on the starting list of the “Rolex Grand Prix” kick off with the “Turkish Airlines-Prize of Europe”, the main competition on Wednesday, followed by the “Mercedes-Benz Nations’ Cup” on Thursday evening and the “Prize of North Rhine-Westphalia”, the main competition on Friday. Only those riders, who convince with an excellent placing in at least one of these classes, will receive one of the 40 tickets available for the Major final.

Will Pedro Veniss be able to assert himself against the strong field of participants at the CHIO Aachen 2017? Or will a new Major winner emerge from the “Rolex Grand Prix”? The Rolex Grand Slam of Show Jumping is looking forward to a thrilling opening event of the year! 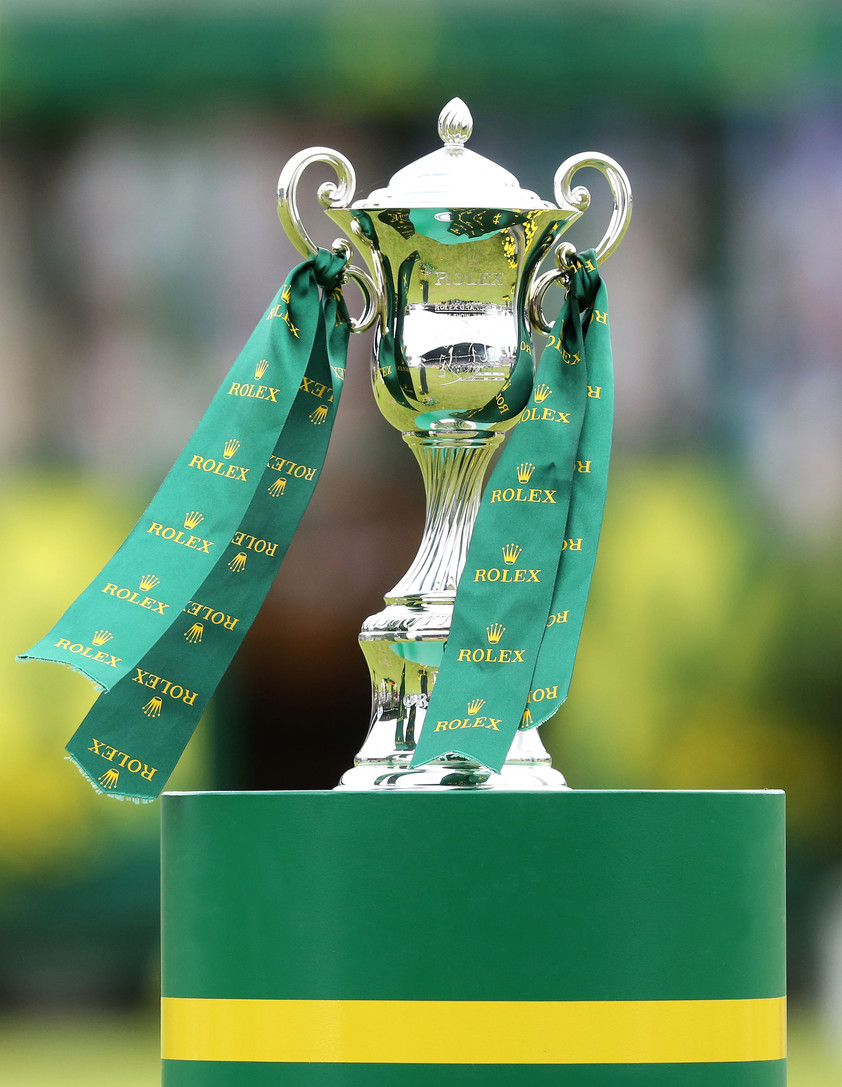