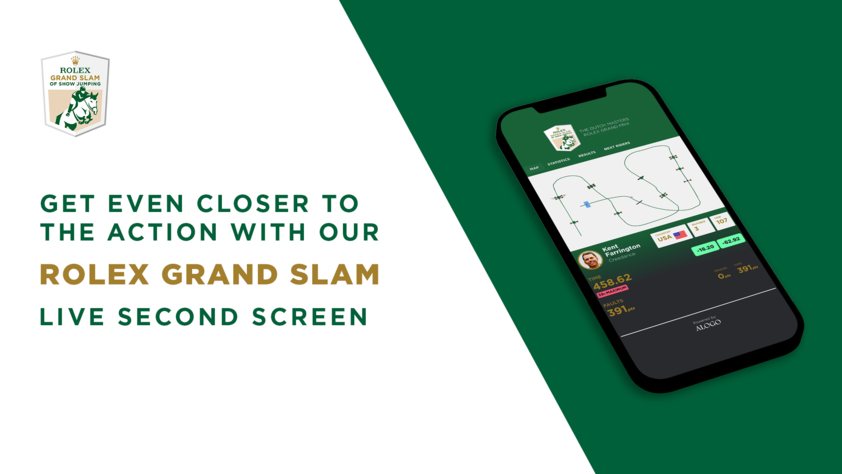 The Rolex Grand Slam Second Screen technology was developed by a team of specialist experts at the Swiss company, Alogo. The company is known for its creation of analytical tools for the equine industry, including a range of cutting-edge products that quantify athletes’ performances.

Through the web app, passionate equestrian supporters from around the world are able to see a host of real-time data, including live timings, faults acquired, as well as the order of go. This service runs seamlessly alongside the Rolex Grand Slam online streaming platform. In addition, the Rolex Grand Slam Second Screen retains all of the statistics created for each Major, which allows users to look back at each of these iconic shows in more detail than ever before.

The Rolex Grand Slam Second Screen is free and available to use by clicking on the following link: https://rolexgrandslam.alogo.io/