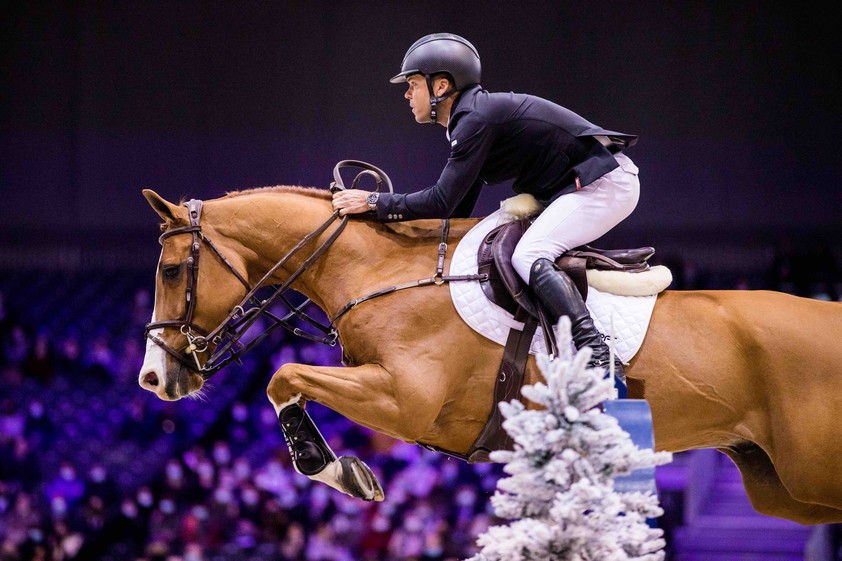 The highly anticipated CHI Geneva returns this year from 7 – 11 December with an extra day of competition added to the already speculator schedule of sport and entertainment.

Taking place on Wednesday 7 December, the additional day will enable the introduction of three classes purely dedicated to national competitions. Starting at 1.15m and going up to 1.35m, the classes will be a unique opportunity for amateur riders to compete in one of the most prestigious Show Jumping arenas in the world. Furthermore, these competitors will have the chance to qualify for a brand-new class taking place on the Saturday evening of the show this year, the Credit Suisse Coupe du Jockey Club. This class is a team competition held over one round, with a jump-off if necessary, to determine a final winner. The teams will be made up of two winners from the amateur classes on Wednesday, an international rider, and an eventing rider, thus joining together a range of athletes competing at the show.

Top level international classes start on Thursday 8 December with the Trophée de Genève, held in the evening, providing the first chance to qualify for the prestigious Rolex Grand Prix on Sunday. Prior to this esteemed class will be the first of three classes dedicated to Under-25 riders, showcasing the next generation of top Show Jumpers.

On Friday 9 December, spectators will be treated to the adrenaline filled Indoor Cross-Country presented by Tribune de Genève which will see some of the top Eventers in the world gather to compete during their ‘off season’. The highlight for many on Friday will be the 21st running of the Rolex IJRC Top 10 Final, which sees the most elite Show Jumpers fight to be crowned ‘best of the best’, in what is often compared to the Nitto ATP Finals in Tennis.

Competition kicks-off on Saturday with the Land Rover Grand Prix which is the final competition for the Under-25s. CHI Geneva has always prized itself on supporting the next generation and this final class will showcase Show Jumping’s up-and-coming talent in the world’s biggest indoor equestrian arena. Following on from this early morning class there will be plenty of action to keep equestrian fans entertained, including the Coupe de Genève; La Grande Chasse and the Credit Suisse Challenge as well as the first of the Driving classes, the FEI Driving World Cup™ presented by the International Institut de Lancy, which will determine the starting order for the six drivers who will compete in Sunday morning’s Geneva leg of the FEI Driving World Cup™, presented by Radio Télévision Suisse.

The final day of the show is set to be a true spectacle with the pinnacle class of the day being the Rolex Grand Prix, the final Major of 2022. Switzerland’s Martin Fuchs will be looking to make history once again in front of his home crowd by winning the prestigious title for the third time in succession. However, he will have the toughest of competition from 39 of the world’s best horse and rider combinations including Germany’s Daniel Deusser, who has already won two of the three Rolex Grand Slam of Show Jumping Majors this year.