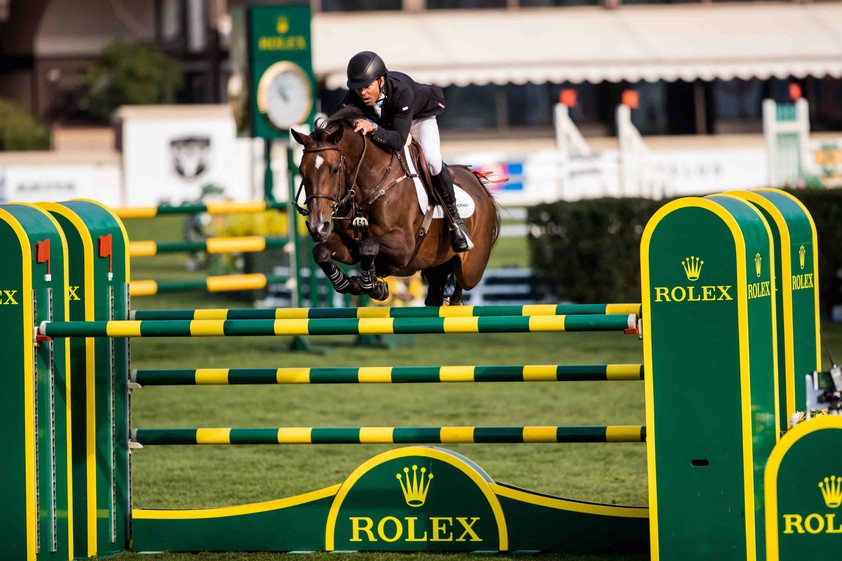 The world’s best horse and rider combinations will once again journey to what is often considered North American’s premier equestrian venue. Located in the foothills of the Alberta Rocky Mountains, the CSIO Spruce Meadows ‘Masters’, held from 7-11 September 2022, provides spectators with not only spectacular views but also first-class equestrian competition, shopping, and entertainment. The highlight and main draw for many passionate equestrian fans will be the CP ‘International’, presented by Rolex, which will be held on Sunday 11 September.

Aside from the world class show jumping, the Spruce Meadows ‘Masters’ provides spectators with a host of activities to keep the whole family entertained. Through the Tournament the MARKT will provide opportunities for those who love shopping to get hold of everything, from original fine art to locally made products, from its 70 different stalls. In addition, equine inspired demonstrations and live entertainment will also take place daily. Throughout the week members of the public will also be able to visit members of the Lord Strathcona’s Horse (Royal Canadians) Mounted Troop, Household Cavalry Mounted Regiment and the King’s Troop Royal Horse Artillery, both situated in East and West Meadows.

Thursday will see the start of the 5* jumping classes both the ATCO Cup and the CANA Cup being held in the spectacular International Ring. Both classes provide the first chance for riders to qualify for the CP ‘International’, presented by Rolex on the Sunday.

Friday celebrates the Westjet Evening of the Horse. Attendees can expect to be fully entertained by world class show jumping, music and fireworks. The evening will commence with the 1.60m Tourmaline Oil Cup, in which the top horse and rider combinations will battle it out for the esteemed title. Following this will be the ATCO Electric Six Bar class, which sees riders jumping six fences set in a straight line, with each fence getting higher and higher. Fans will also be eager to find out the winning names for the 2022 edition of Name the Foal, presented by TELUS. The evening will be concluded with live music, a performance from the Musical Band of the Household Cavalry and equine demonstrations.

On Saturday, Spruce Meadows will once again host ‘British Day’ with special appearances from the Members of Household Cavalry Mounted Regiment and the King’s Troop Royal Horse Artillery who will be in full military dress to celebrate the day. The Suncor Winning Round is the first of the 5* competitions in the International Ring which will be followed by the Parade of Nations and the official opening of British Day. Teams made up for four horses and riders represent a variety of different countries in the BMO Nations’ Cup, the final class of the evening.

All eyes will be focused on one thing on Sunday, the CP ‘International’, presented by Rolex. The world’s most elite horse and rider combinations will be in attendance to compete for this prestigious title and etch their names into the history books of the Spruce Meadows ‘Masters’. Germany’s Gerrit Nieberg journeys to Canada with hopes of continuing his quest for the Rolex Grand Slam of Show Jumping title.