The last Major of the year 2017 is in full swing: The best show-jumpers in the world have been competing against each other at the CHI Geneva in Switzerland since Thursday. The first starting places for the Rolex Grand Prix that is endowed with prize money of 1.2 million Swiss Francs have already been allocated.

In the first qualifier, the Credit Suisse Geneva Classic on Thursday evening, the four best riders secured themselves a ticket for the Grand Prix on Sunday. The Dutch show-jumper, Harrie Smolders, rode to victory with Zinius. Abdel Said from Egypt with Hope van Scherpen Donder, the US American Laura Kraut with Deauville S and Grégory Wathelet from Belgium with Eldorado van het Vijverhof secured second to fourth place, respectively.

Grégory Wathelet, the winner of the Rolex Grand Prix at this year’s CHIO Aachen, has the chance of claiming a Grand Slam bonus in Geneva: If he wins the Grand Prix on Sunday, it will be his second non consecutive Major victory within his Grand Slam cycle and he will collect a 250,000-Euro bonus.

Whereas Wathelet proved to be in top form in the opening class of the show, the first qualifier didn’t go well for the current Grand Slam contender, Philipp Weishaupt. After his triumph in Calgary in September, the German rider, who has the prospect of winning his second Major in succession here at the CHI Geneva, wasn’t yet able to secure himself a place on the starting list for the Rolex Grand Prix on the first day.

The riders still have three further occasions to qualify for the Rolex Grand Prix on Sunday at 2.30 p.m : The Credit Suisse Grand Prix on Friday at 7.15 p.m, the Coupe de Genève on Saturday at 12.15 p.m and the Rolex IJRC Top 10 Final at 8:30 p.m. It´s only after this last class that we will know the names of the 40 qualified pairs competing for the Major of the Rolex Grand Slam of Show Jumping. 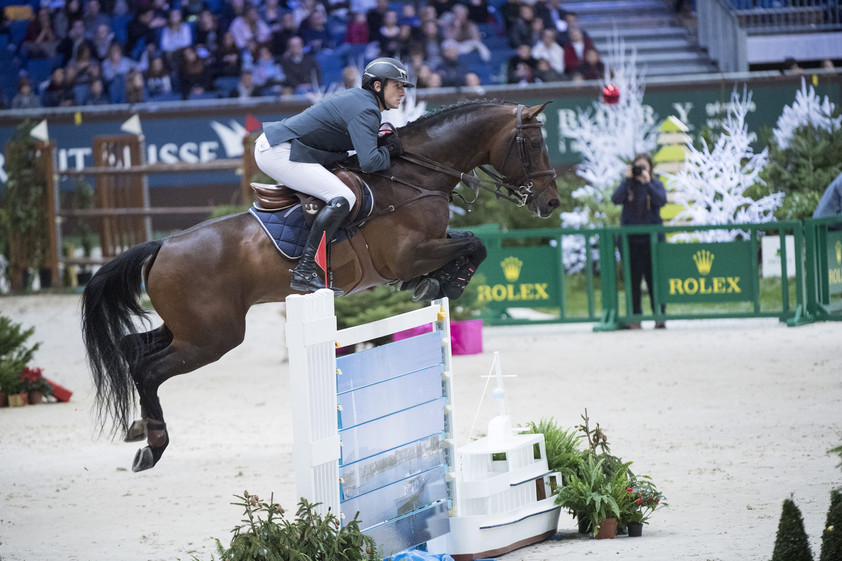