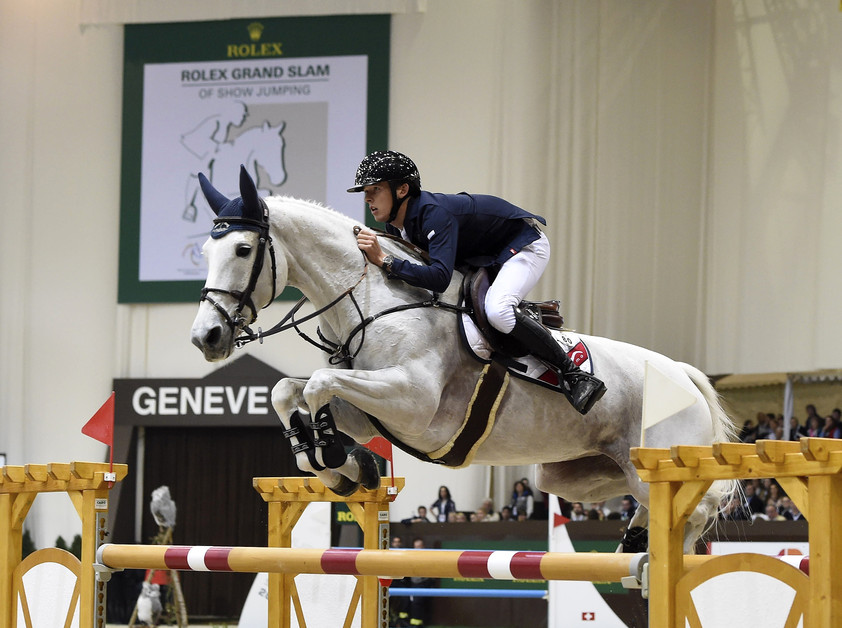 The CHI Geneva has only just begun and already this evening the best riders in the world will be battling it out for a ticket to compete in the big final on Sunday: the “Rolex Grand Prix” that is endowed with prize-money totalling 1.2 million Swiss Francs.

The line-up of participants for this third leg in the year of the Rolex Grand Slam of Show Jumping couldn’t be more exclusive, because the entire show jumping world elite has announced its participation: The French team gold medalists from Rio, Kevin Staut, Pénélope Leprévost, Roger-Yves Bost, Philippe Rozier and Simon Delestre, are represented in Geneva. Furthermore, the spectators can also look forward to the reigning double World and European Champion, Jeroen Dubbeldam from the Netherlands, the bronze medallist from Rio, Eric Lamaze from Canada, and the entire Swiss Championship team led by the superstar, Steve Guerdat. Headed by the current number one in the world rankings Christian Ahlmann, not only all of the top 15 riders in the world rankings will be guests in Switzerland, but indeed almost the entire top 30, including McLain Ward and Kent Farrington from the USA, Bertram Allen from Ireland, Rolf-Göran Bengtsson from Sweden, Lorenzo de Luca from Italy as well as Ahlmann’s German team colleagues Daniel Deußer, Meredith Michaels-Beerbaum and Marcus Ehning.

For all of these top riders, the victory in the Grand Prix on Sunday would at the same time mean the start of their personal Rolex Grand Slam: The rider, who wins the three Majors of the equestrian sport – the CHIO Aachen, the CSIO Spruce Meadows ‘Masters’ in Calgary and the CHI Geneva – in direct succession, goes down in history as the winner of the Rolex Grand Slam of Show Jumping and claims a bonus of one million Euros.

Scott Brash from Great Britain is the only rider to have achieved this feat so far, namely in 2014/15, and after his victory in the Spruce Meadows ‘Masters’ this September, he will once again be competing in Geneva as the current contender for the Grand Slam. But the German show-jumper Philipp Weishaupt also has the chance to claim a Grand Slam bonus at the Palexpo in Geneva: As winner of the CHIO Aachen 2016, a second Major victory within one Grand Slam cycle would earn him a 250,000 Euro bonus.

The “Rolex Grand Prix” of the CHI Geneva gets underway at 2.30 p.m. on Sunday. The 40 starting places are allocated in a total of four qualifiers: Starting with the “Credit Suisse Grand Prix” today at 6.30 p.m., followed by the “Rolex IJRC Top 10 Final” on Friday at 8.00 p.m., on Saturday the riders actually have two opportunities to win a ticket for the Major final on Sunday, namely in the “Coupe de Genève” at 12.30 p.m. and in the “Geneva Classic” at 9.30 p.m.