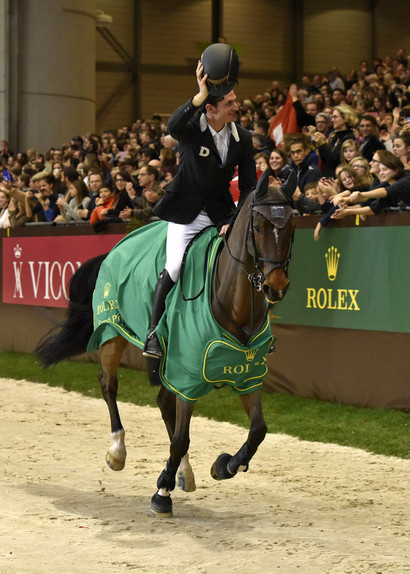 A legend says goodbye: Olympic champion and two-time Major winner of Geneva, "Nino des Buissonnets", will have his last "grand entrance" to the public at this years CHI Geneva. After this stage of the Rolex Grand Slam of Show Jumping the special horse will be retired from the sport.

“He deserves the chance to call it a day at Palexpo, in top form, at the end of a great season, in the so-special Palexpo arena. It's the right time and place to stop", shares Steve Guerdat. With "Nino des Buissonnets" he won the Major of Geneva in 2013 and 2015 and in the year 2012 he won the gold medal at the Olympic Games in London.

"Nino des Buissonnets" will bid farewell to the public at CHI Geneva on Sunday, 11th December, after his last round in the "Rolex Grand Prix" with Steve Guerdat.