Inside CHIO Aachen : A Sneak Peak 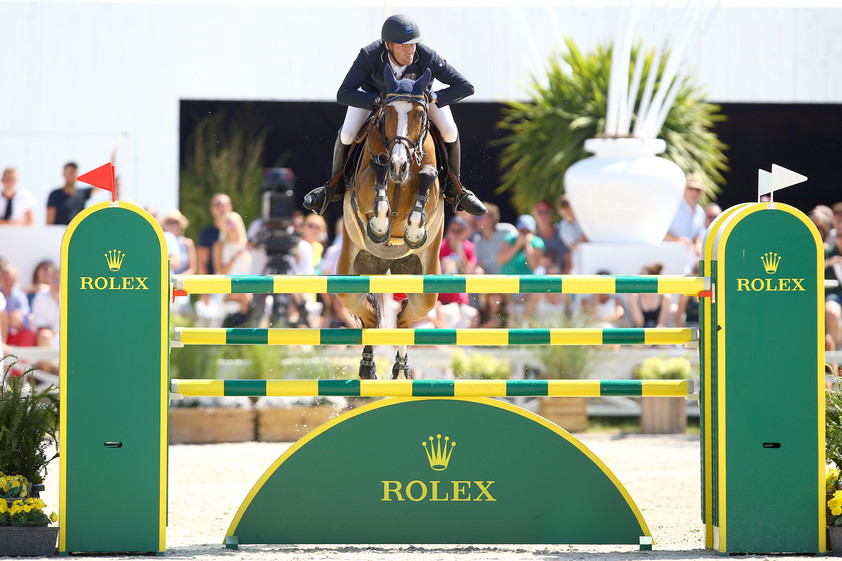 The second Major of the year, the Rolex Grand Prix at CHIO Aachen, takes place on 22nd July and is expected to attract over 40,000 spectators to witness the prestigious competition. The course, set by Frank Rothenberger, is considered to be one of the most challenging and demanding 5* tracks. The sport’s finest horse and rider partnerships are tested to their limits, displaying enviable skill and talent, striving to make history and to be crowned the Rolex Grand Prix champion.

With the world’s best horse and rider combinations set to take center stage for Rolex Grand Prix, there are some notable contenders whose recent performance would state they are on track for a Rolex Major win:

Niels Bruynseels, the current Rolex live contender, has continued his great form since producing a lightning jump-off round at The Dutch Masters aboard his 12-year-old mare Gancia de Muze in March. The notoriously fast duo took the top prize in the Rolex Grand Prix at Knokke Hippique following a speedy and faultless jump-off. With the next stage of the Rolex Grand Slam of Show Jumping very much in his sites, Bruynseels will be pulling out all the stops to make sure his Rolex Grand Slam journey continues.

One of the most experienced riders on the circuit, Swiss hero Steve Guerdat, has had a successful summer so far. His most notable victory was in front of HM The Queen at the Royal Windsor Horse Show in May. Seeing off top-class competitors, Guerdat rode an impeccable round to snap up the Rolex Grand Prix victory. Guerdat is no stranger when it comes to winning Majors; crowned champion at CHI Geneva on more than one occasion, Guerdat stays calm under pressure and will certainly be a formidable contender for the Rolex Grand Prix in Aachen. Fellow Rolex Testimonee, Eric Lamaze, has prepared well for the CHIO Aachen. At the Rolex Grand Prix in Windsor, he shaved time off Guerdat’s winning result, but a light touch on the pole resulted in four penalties. Fresh from his victory in the ATCO Queen Elizabeth II Cup at Spruce Meadows with his 15-year-old mare, Fine Lady, Eric Lamaze will be hoping to continue his recent form as he eyes up the coveted Rolex Grand Prix trophy. 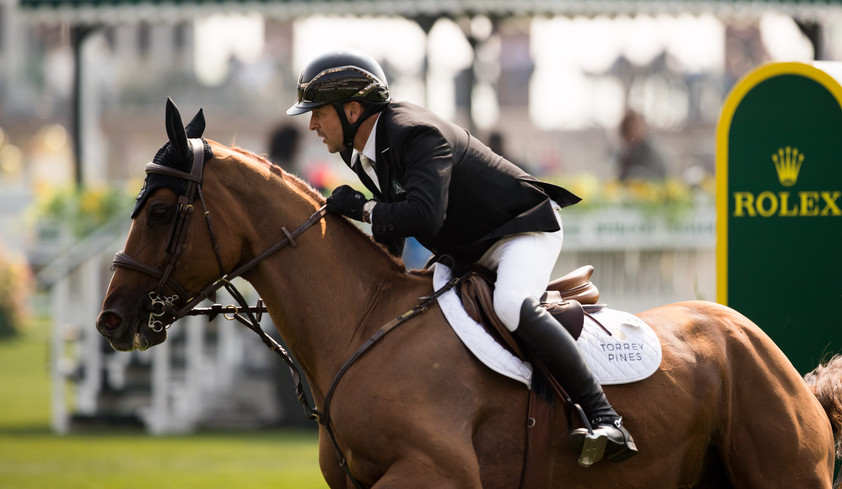 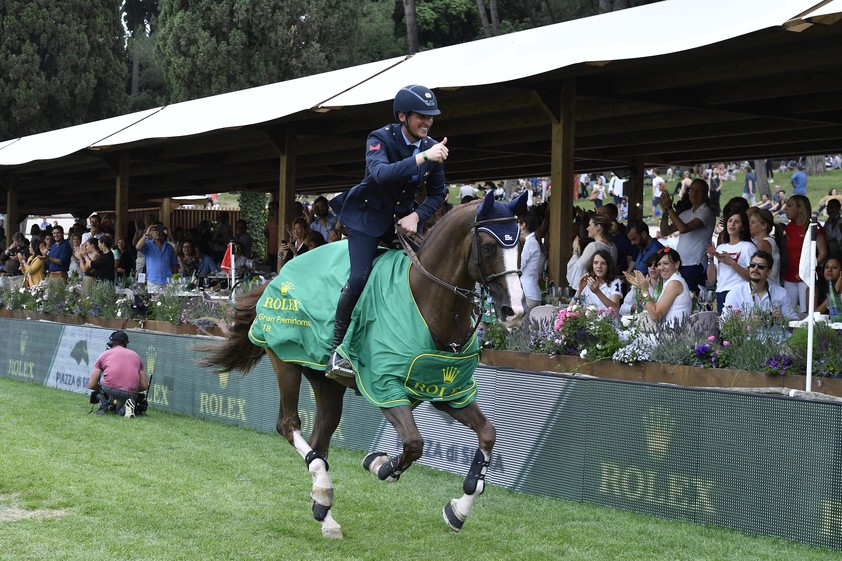 Germany’s Meredith Michaels-Beerbaum has tasted victory at CHIO Aachen once before, having won the Rolex Grand Prix in 2005 on her 12-year-old Hanoverian gelding, Shutterfly. Michaels-Beerbaum will have the patriotic home-crowd support, willing her to repeat her 2005 success thirteen-years on. 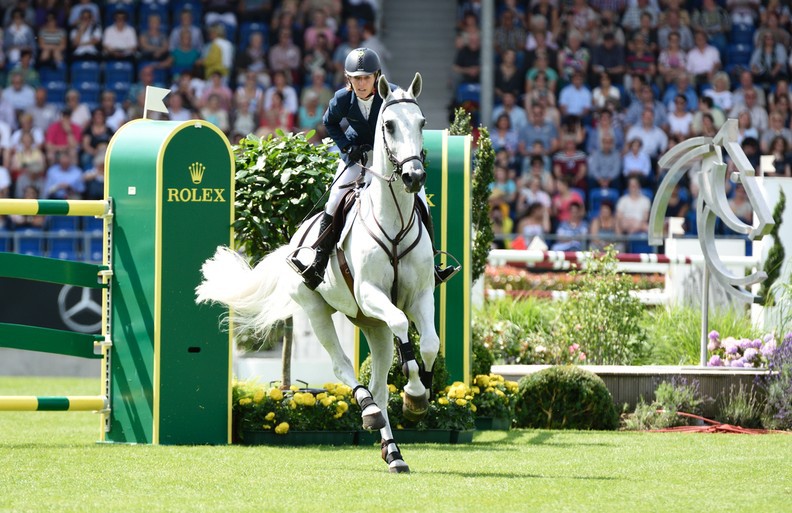 Rolex Testimonee, Scott Brash, the first and only rider to win the Rolex Grand Slam of Show Jumping, brings a wealth of experience and always performs well under pressure. Scott Brash in the main stadium during the farewell to the nations. (Photo: Rolex / Kit Houghton)