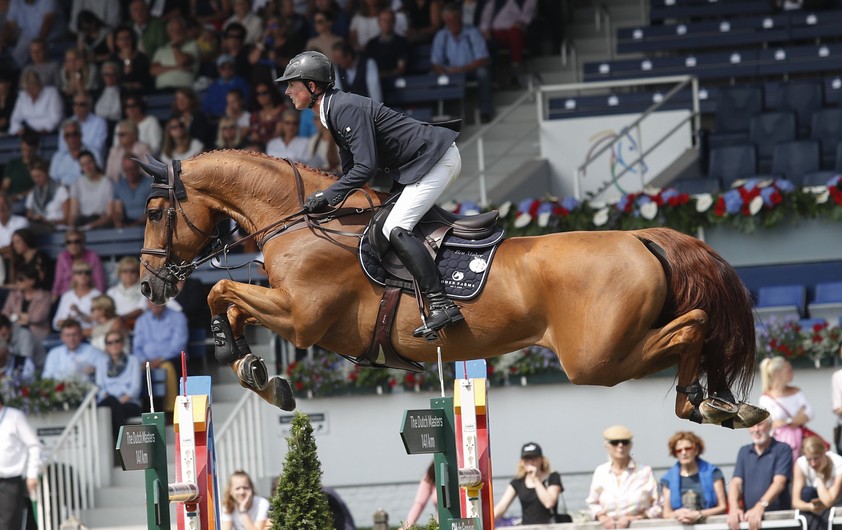 With eleven horse and rider combinations reaching the jump-off it was Dutch rider, Marc Houtzager, who put the pressure on his fellow competitors with a careful round in 50.13 seconds to secure the first clear on the scoreboard. But, much to the delight of the home-crowd, Germany’s Daniel Deusser showed off his enviable skill to shave nearly three-seconds off Houtzager’s time and with an eruption from the patriotic spectators he took the lead. His position was not held for long, with Great Britain’s Ben Maher and the notoriously fast chestnut gelding, Explosion W, producing an electrifying round finishing in 46.28 seconds, a time that proved too difficult to beat.

Explosion looks to be in amazing form, how did he feel during this first class?

It is his first time in Aachen, he hasn’t seen many arenas like this in his life yet but when you put the tack on and you get on this horse, he makes you believe you can do anything. He makes my life and my job much easier than most!

There seemed to be few problems at the water, was that an issue for Explosion at all?

It wasn’t an issue for him, but it was an issue for me! I actually made a mistake, I made eight strides in the first round instead of nine. I had a kick in the head this morning from a fall, so maybe I can’t count anymore! But he made up for my small mistake and that’s the difference between an incredible horse like him and some of the other horses I have had.

It appeared to be quite a difficult course for the first 5* class at CHIO Aachen, what were your thoughts on this?

I agree, it was a difficult first class, but it creates good sport for the spectators to watch when they see a little drama like this in the competition. It was a big course and, judging it on this, we now know what might be coming on Sunday for the Rolex Grand Prix.

CHIO Aachen is renowned as one of the best equestrian events in the world, how does it feel to win a class here?

Winning never gets old, I am very competitive! I think the difference with winning here is the size of the arena and the number of fans that are watching, we don’t have that in our sport normally. I think that’s what makes it even more special, to ride into this ring that has so much history and so many people following it, that’s why every rider wants to win here. 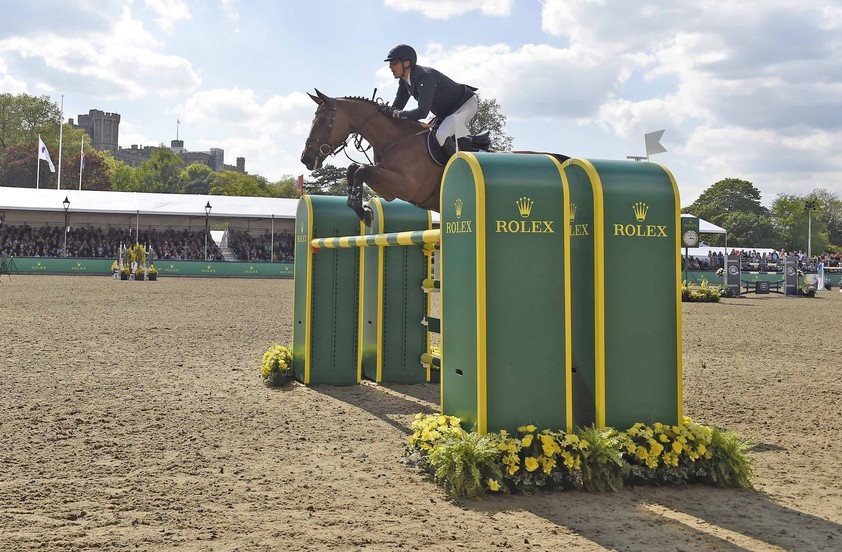 How have your preparations been coming into CHIO Aachen?

I have been really focused on training my horse (TOVEKS Mary Lou) over the water jump, it is the only thing that she can sometimes be a little bit tense on. So, we have been practicing that lots to prepare for coming here. Her jumping is great, and she has been on fantastic form so it has really only been the water that we have been concentrating on.

How does Mary Lou react to the atmosphere at CHIO Aachen?

I have to say, yesterday she jumped fantastically in the 1m45 so that’s good. You never really know how horses are going to be. One horse might love being in a big arena like this, which would make it the best arena in the world to ride in, but another horse might be slightly shyer and find it intimidating, which makes it not so good. Mary Lou enjoyed it yesterday and she was feeling good, so I am looking forward to the week ahead.

Have you felt extra pressure being the Rolex Grand Slam live contender?

Not really, I feel pressure at every show to be honest. You only have a few big shows a year with the horses and Mary Lou is such a fantastic horse, I always want to perform well for her. I always want her to do well at every show we compete at, otherwise I feel like it’s a waste. Of course, here at Aachen, there is always increased pressure as it is the Rolex Grand Prix that every rider wants to win. 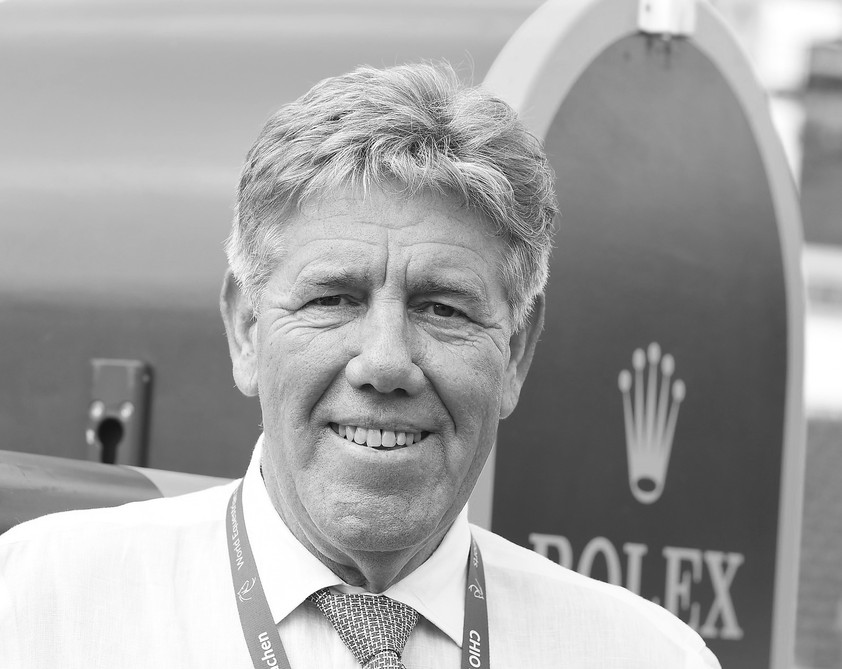 How is the course looking for Sunday? Are there any particularly difficult bits?

The course on Sunday I don’t know. We have two rounds and the jump-off. It’s up to 1m70 and we will have two or three jumps at 1m70 and the double of Liverpools. It will be one of the toughest courses of the year here on Sunday.

How many clears are you hoping for?

I think we should end up with three or four riders in the jump-off, that would be the perfect result. But you never know – it’s show jumping.

Are there any particular horse and rider combinations you think the course might be suited to?

It will be a classical course, flowing and this arena is very difficult because we have 40,000/50,000 people watching. I must go to every corner with jumps because everyone in the audience wants to see a horse up close in front of them. It will not be a little, tiny, technical course. It will be a long classical course. Of course with distances, water jumps, ditches, triple combinations and double combinations.

Do you think the atmosphere affects how the horses perform?

What’s your favourite part of the job?

Weeks in advance we design the course for the Rolex Grand Prix on Sunday. It’s always interesting to see the result and this is the beauty and the thrill for me, because you never know the result. Anything can happen. We work with horses, we have no motors, no machines.

Who is your money on for Sunday?

I don’t know – 70% of the 40 starting riders could win the class and I cross my fingers for the best combination on the day.