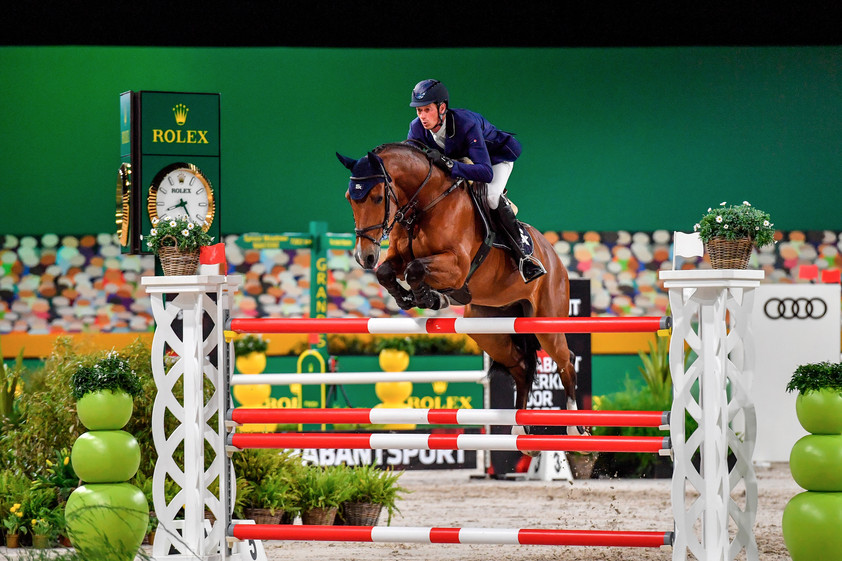 Daniel Deusser for the win!

The VDL Groep Prize was the highlight of Day 1 of the 2021 edition of The Dutch Masters, and attracted 41 leading horse and rider partnerships, among them 13 of the world’s top-20-ranked show jumpers, including Swiss world number one and Rolex Testimonee, Steve Guerdat, world number six, Pieter Devos from Belgium, and American Rolex Testimonee, Kent Farrington, currently ranked seventh.

Local course designer, Louis Konickx, set a fair 13-obstacle 1m55 test in the Brabanthallen’s main arena, with 10 combinations eventually progressing to compete in the jump-off. Christian Kukuk from Germany and his grey gelding, Checker 47 set the quickest first-round time of 71.29 seconds, and they were joined by riders from six different nations, including two local Dutch riders – Kim Emmen and Marc Houtzager – making it a truly international spectacle and final showdown.

Second to go, it was Emmen and her 12-year-old stallion, Jack van het Dennehof, who set the early pace; however, it was Rio 2016 team bronze medallist, Daniel “Double D” Deusser and his 12-year-old gelding, Casallvano, who ultimately proved too strong for her and the rest of the field, as they breezed around the seven-obstacle jump-off, fault-free in a time of 35.66 seconds to claim the honours.

Thrilled with his victory, the 40-year-old German commented, “Having walked the course, I was quite surprised that there were so many clear rounds. My strategy in the jump-off was to try and win the class. I have to say, all the lines and the turns worked out really well, so I’m absolutely delighted for my horse tonight.

“Casallvano is actually a really scopey horse. He’s a little bit shy when he comes into the ring, but that’s also a positive part of being very careful on the jumps. I have to say that although he’s a very fast horse, I had in the last one or two weeks a couple of turns that didn’t work out like I expected, and I finally came to that point today where everything works out, which makes me very proud.

“Considering the circumstances, it’s not normal that we can do our job at the moment. The organisation here and the sponsors did a great job to make that happen and let us ride again.

“I will ride Scuderia Tobago [Scuderia 1918 Tobago Z] in the Rolex Grand Prix on Sunday. He is in great shape and he had a couple of very good results in Wellington a couple of weeks ago, and I hope to continue in the same shape on Sunday.” 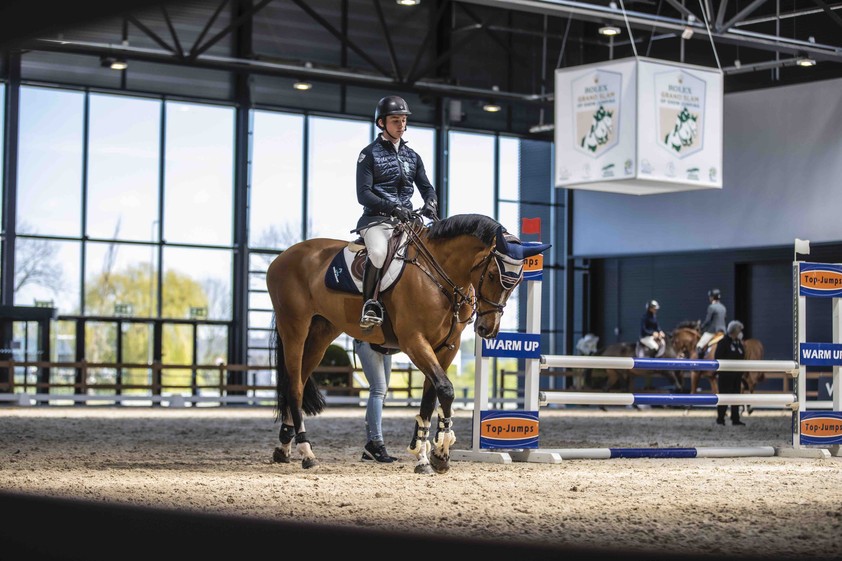 The latest elite talent to emerge from the Whitaker show jumping dynasty, 19-year-old Jack explains his excitement to be competing at his first Rolex Grand Slam Major in ‘s-Hertogenbosch; what he’d love to achieve in 2021; and the form he and his horses are in after spending winter in Europe.

I’m just planning to go to as many of the big shows as I can. FEI Nations Cups will be a focus for me, and I’ll just try to do as well as possible. If I’m lucky enough to be invited to some more Rolex Grand Slam Majors then that would of course be absolutely fantastic.

You’ve spent winter in Belgium, Spain and Portugal – do you feel your horses are in good shape coming to The Dutch Masters?

Absolutely – they’re all in very good shape at the moment. I managed to keep them fairly fit during the Covid-19 pandemic, which meant they and I had a lot of time off. It’s obviously a challenge spending all winter competing outdoors in Spain and Portugal, and now having to adapt to an indoor show, but I feel like I’m in the best possible shape.

How excited are you to be competing in your first Rolex Grand Slam Major? Any nerves?

I’m very, very excited, and I was extremely happy when I got the news from the organisers of The Dutch Masters! Having competed with Haya Loma N in the show’s first class earlier on today, I’m not feeling so many nerves now, although I think that could change on Sunday ahead of the Rolex Grand Prix. I’m planning to compete with my 12-year-old stallion, Valmy De La Lande, who’s been my standout horse over the last six months, and the one I’ve been jumping all of my Grands Prix with. Fingers crossed he’s on the ball on Sunday!

Does the Rolex Grand Slam give you added incentive to be at the very top of your game?

Definitely, although I’ll try to treat it like any other Grand Prix. At the same time, though, there’s a lot more prestige attached to this one, as it’s a Rolex Grand Slam Major, so I’ll try to be at the top of my game. When I canter into the arena on Sunday knowing that it’s a Rolex Grand Prix, it will feel pretty special, and I’m sure I’ll want to win it just as much as the rest of them, if not a little bit more.

I’ve learnt how important it is to just stay positive, to remain confident, and to maintain a winning mentality through all of the ups and downs. It’s ultimately all about trying to keep as level-headed as possible. 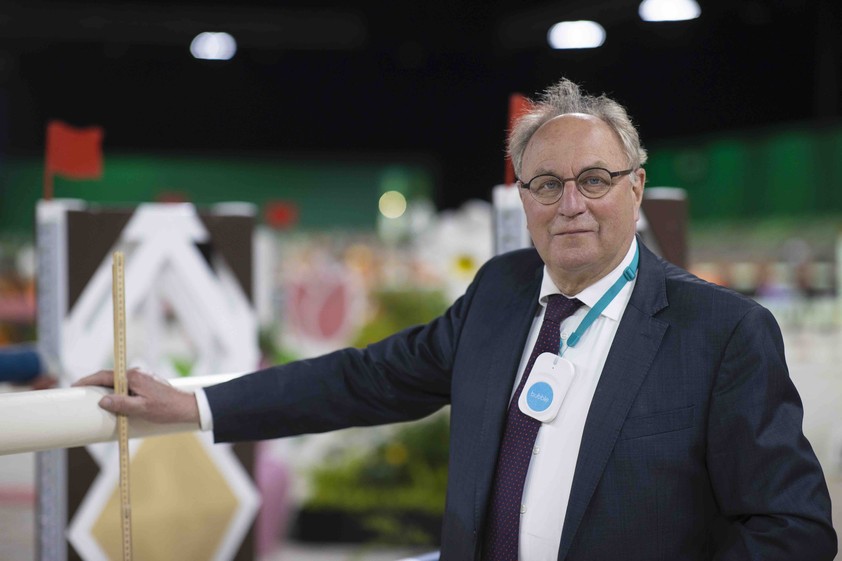 Walk the Course with:

An assistant course designer at 15 years old, and a loyal patron of Indoor Brabant and The Dutch Masters since 2008; we spoke to Louis Konickx about his hopes and dreams for show jumping in 2021, Sunday’s Rolex Grand Prix, and what he most loves about his job.

You must be delighted that this year’s edition of The Dutch Masters is going ahead, after last year’s cancellation due to COVID-19 and then this year’s postponement due to EHV-1?

It’s great to be back! But after this long period of no competitions, and the latest rescheduling, I I’ve had some fear in the back of my mind that the event could be cancelled or postponed. But there’s no chance of that now and I’m thrilled we’re here. Without fans, there is of course mixed feelings, because the atmosphere that they create really makes the sport. But after seeing the arena dressed up, it already has some atmosphere, so I hope it gives those watching on television a good sensation.

What are your hopes and dreams for the sport of show jumping this year?

Everyone is hoping that the Olympic Games will go ahead and that the riders will have a period to prepare, which is what The Dutch Masters offers both horse and rider. We have a large arena here, and the competition will be a serious challenge, and I think it presents a decent test for them. I hope that more global jumping competitions go ahead, which will help all competitors in their preparations for Tokyo 2020.

How important are The Dutch Masters’ partners and sponsors, such as Rolex, to the success of the show and the fact that it is going ahead now?

They are all hugely important, and they are totally engaged with the show. That’s the reason they decided to get involved in the first place – they are very much part of the team. They understand the current situation we find ourselves in and appreciate how much it means to the riders to be able to compete again. World-class show jumping couldn’t happen without them.

What do you love most about being a course designer?

I love the creative side of course designing. It fascinates me to think about the course that I’m responsible for creating, how it will look and ride, and how to best use the whole of the arena. I don’t like routine, and I like to challenge myself, so no two courses will ever look the same. For that reason, I always love to create something new and fresh.

We had a course designed for last year’s show, which was put into hibernation! I then got the message that this year’s arena would be larger, which meant I was able to stick with the same plan as 2020, but open it up a little and adapt it slightly. I believe we now have a really nice course.

How many clears are you expecting in Sunday’s Rolex Grand Prix and which rider do you believe will win?

First and foremost, I always just hope that we have exciting sport with horses jumping to the best of their abilities. Of course, it’s nice to have six riders competing in the jump-off, but the final number on Sunday will be down to some small details about the course and its design. Whether it’s a rider misjudging a fence or if the time allowed is too long by just one second; this can spell the difference between having six in the jump-off and having 10. For me, six in the jump-off would be perfect. Any more than 10 and we start to lose a little bit of excitement.

Someone who is able to display the highest level of control and precision, who has fluent control, and a solid plan – that’s the type of rider who will win Sunday’s Rolex Grand Prix. I can’t say any more than that. These days, there are many riders that fit into that category, so I think we’re very lucky to be able to witness their talent.