Inside the CHI Geneva : The elite contenders for the Rolex Grand Prix 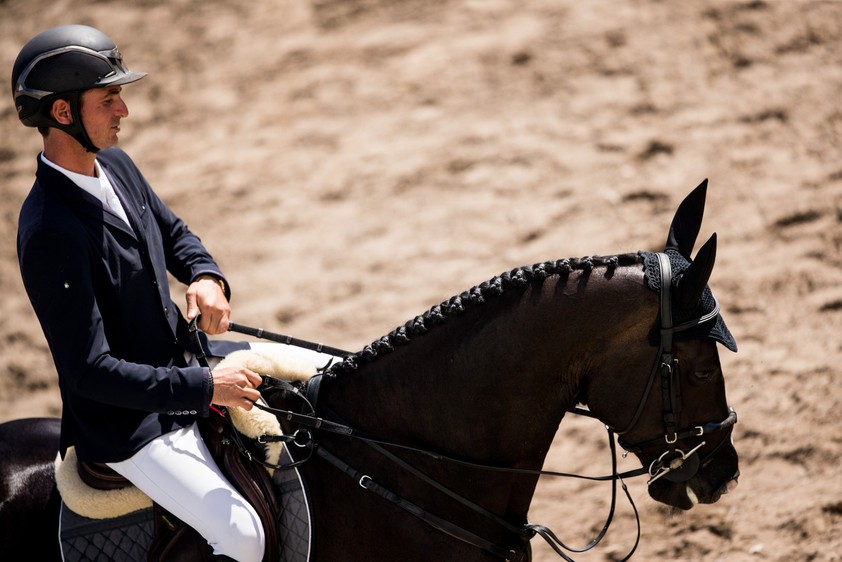 From 6 – 9 December 2018, more than 41,000 spectators are set to flock to the Swiss city for the 58th edition of the CHI Geneva, the final Major of the year. Taking place in the Palexpo, which at 5,200 m2, is the largest indoor arena in world, visitors can expect to be thoroughly entertained at an event that has won the Best Equestrian Sports Show Worldwide award no less than nine times.

With several prolific horse and rider combinations set to compete in the Rolex Grand Prix at the CHI Geneva, there are a whole host of contenders who will undoubtedly be among the discussion as to who will be crowned champion in this historic Rolex Major.

A hot favourite to claim the title this year is the current Rolex Grand Slam of Show Jumping live contender, Sameh El Dahan. The Egyptian rider clinched victory at the CSIO Spruce Meadows 'Masters' in Calgary riding Suma’s Zorro, and will be tipped by many to continue his fine form in Switzerland. With a potential €500,000 bonus for winning two Majors successfully, Sameh will be doing his utmost to repeat his performance in Canada.

Never far from success is Rolex Testimonee Steve Guerdat, who currently sits at second in the Official Jumping World Rankings. Being a Swiss rider competing in Geneva, Guerdat is likely to be well supported, and when combined with his unquestioned ability, it would be a surprise if he is not one of the top performers in the competition, especially given that he has already won the Rolex Grand Prix on three occasions.

Last year’s winner, American rider and Rolex Testimonee Kent Farrington, unfortunately suffered a broken leg in a fall at the Winter Equestrian Festival shortly after his Rolex Grand Slam journey had started. Despite this setback, only a few months later, the rider from Chicago was back competing and has swiftly reinstated himself into the top 20 on the Rankings list. A well-known and talented equestrian, Farrington is certainly one of the top contenders to take home the highly coveted Rolex Grand Prix title.

Scott Brash MBE is a rider who needs no introduction. The first and only rider to have won the ultimate prize in Show Jumping, the Rolex Grand Slam, Brash is a name that is synonymous with success in the Majors. An undisputed legend of the sport, whose last win came in 2016, perhaps now in 2018, the Scott is due a win.

Up-and-coming young rider Martin Fuchs is a name to look out for during the final Major of the year. Performing in his native Switzerland, the 26-year-old already has plenty of successes to his name, including, taking the silver medal in the Individual Jumping at the 2018 FEI World Equestrian Games™ earlier in the year. Results this year have led to Fuchs firmly establishing himself in the world’s top 10 and is in good form to potentially finish the year with his first Rolex Grand Prix title.