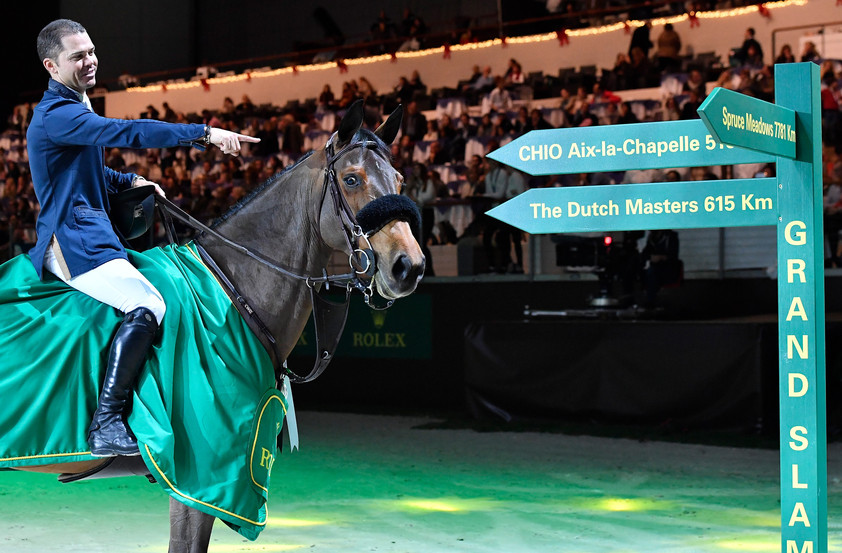 Kent Farrington and Gazelle, winners of the Rolex Grand Prix at CHI Geneva 2017.

Congratulations on your victory in the Rolex Grand Prix of the CHI Geneva 2017! You came close a few times before, now you have finally succeeded in winning a Major.

Kent Farrington: I am overjoyed, but to be honest I am still in a state of shock. I have been trying to win this Grand Prix for so long. Now that I have finally done it, I find it hard to believe that it really is all over and that I left the show as the winner. It has brought the year to a fantastic close for me!

How difficult is it to assert oneself in the Rolex Grand Prix?

Farrington: I have jumped this class here many times and it is always very difficult. You compete against the top riders and the best horses in the world. The course is always very demanding and the time is tight. When I watched the first pair in the ring, I realised straightaway that it was going to be particularly hard this year. It really was a tough competition and that makes the victory even more valuable for me.

The Rolex Grand Slam of Show Jumping has now begun for you. The next leg is taking place in `s-Hertogenbosch in the Netherlands in March. Have you already been there?

Farrington: I took part in the World Cup final in `s-Hertogenbosch several years ago, but I have never ridden at The Dutch Masters. So, I am especially looking forward to it! It is one of the biggest indoor shows in the world and as is customary for a Grand Slam Major, the best horses and riders in the world will be competing there. So, I will make sure that I am well-prepared.

What is your plan up until then?

Farrington: First of all, I am flying to Florida where I will spend Christmas at home. We will certainly celebrate my Major victory there too. I have a wonderful team behind me, this victory wouldn’t have been possible without them. I will probably stay in Florida for the whole of the winter and then come back to Europe for The Dutch Masters. It will be a very tough job to win the Grand Prix there too, but I love challenges. I will definitely try my very hardest to master the next step in the Rolex Grand Slam of Show Jumping.