Interview with Major winner Pedro Veniss “Aachen is the Maracanã of equestrian sports!”

The Rolex Grand Slam of Show Jumping is welcoming the best show-jumpers in the world to the first Major of the year 2017, in Germany: They will be competing against each other at the CHIO Aachen from July 14th to 23rd and on the final Sunday will be battling it out for the victory in the famous “Rolex Grand Prix”. An interview with the current Grand Slam contender, Pedro Veniss from Brazil, about childhood dreams come true, a summer in Calgary and the most loveable horse in the world.

Your Major victory in Geneva was six months ago. How have you and “Quabri de l’Isle” been doing since then?

Pedro Veniss: It is always still a fantastic feeling when I think back. I will remember this victory eternally. It was one of the most important in my career so far. After Geneva we gave “Quabri” a time-out from the sport and he was only implemented as a stud stallion. Afterwards, we took part at a few smaller shows and gradually worked our way back up. Versailles in May was our first big five star event after Geneva.

And that is where you won the “Rolex Grand Prix”!

Veniss: Yes, that was super! “Quabri” already showed that he is in good shape there. But to prepare him for Aachen as well as possible, I have spent June in Spruce Meadows with him and took part in the Summer Series. The huge grass arenas in Aachen and Spruce Meadows are very special, you don’t find hardly anything like it anywhere else in the world. Philipp Weishaupt and “LB Convall” were also in Calgary last summer – and they subsequently won in Aachen. So, I am hoping the plan will work just as well for me.

How do you assess your chances of winning?

Veniss: In “Quabri” I have a wonderful partner under the saddle, who is up to every task. A horse that you can win the big classes with! He doesn’t have any bad days, always gives his best, whatever event we are at and he loves competing. His mentality is simply incredible and he is also the most loveable horse in the world too. I am extremely lucky to be able to ride him and I certainly think he is capable of winning in Aachen. But I have to be just as good on that day too!

It is going to be the first time you have ever competed in Aachen. What do you think is awaiting you?

Veniss: Coming from Brazil let me put it like this: Aachen is the Maracanã of equestrian sports! As a child it was always my dream to ride in Aachen one day. I already had the opportunity to do so when I was only 23 years old during the World Equestrian Games in 2006 as a member of the Brazilian team. But unfortunately my horse sustained an injury a week beforehand. So, it is an even more unique feeling that this dream is finally coming true.

What do you think the moment is going to be like when you ride into the Main Stadium in Aachen for the first time?

Veniss: It is going to be an unforgettable experience! I think, all of the stages of my career that actually brought me to Aachen will pass in front of my eyes again. My family will be in the crowd and will cheer me on. It is going to be a really, really special show for me and I am going to give it my very best shot to win the “Rolex Grand Prix” on Sunday! 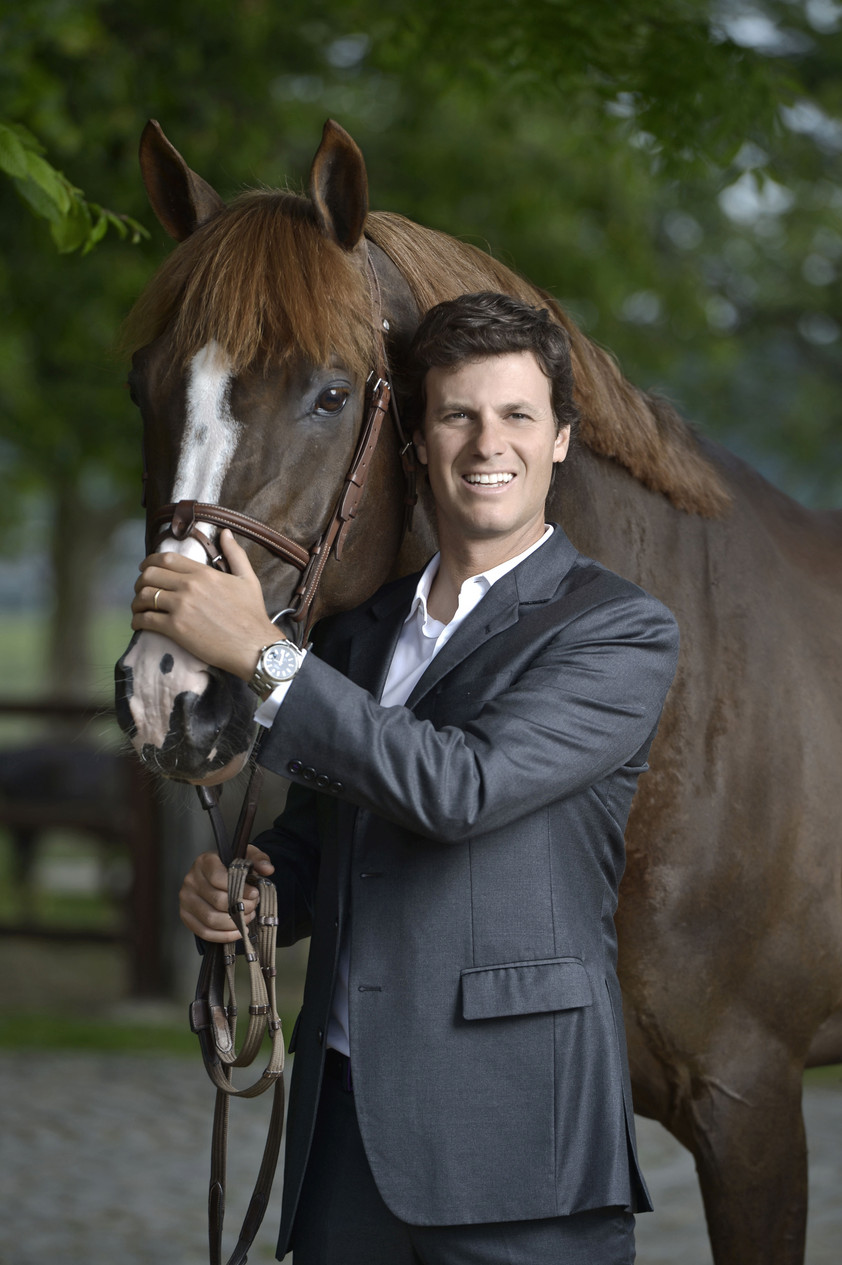 The picture enclosed shows Pedro Veniss and "Quabri de l'Isle", winners of the Major in Geneva in 2016 and current Rolex Grand Slam contenders.