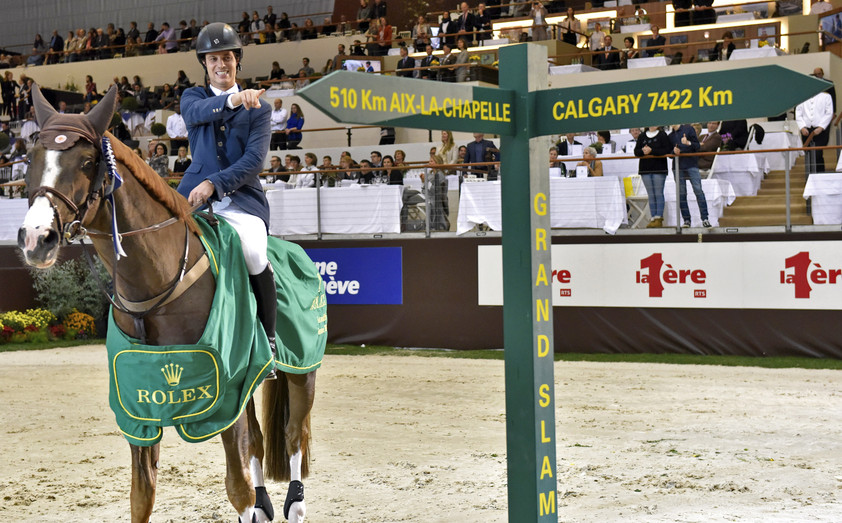 Congratulations on your victory in the “Rolex Grand Prix” at the CHI Geneva! What a lovely Christmas present you have given yourself.

Pedro Veniss: It is the best thing ever, the biggest achievement in my career! My horse “Quabri de l´Isle” already jumped fantastically in the first round, simply phenomenal. So, I placed all my bets on one card and risked everything because I knew there were several fast pairs to follow. What shall I say? My horse played along perfectly and in the end everything fell into place. It was simply our day!

Veniss: Yes, that is right. We already had two clear rounds in the “Rolex Grand Prix” in 2015 and finished eighth. That rounded the year off nicely! But then unfortunately things didn’t run very smoothly for us at the beginning of 2016. I really wanted to win a medal with the Brazilian team at the Olympic Games in Rio in front of my home crowd and I was ultimately very disappointed that we didn’t succeed in doing so. That is why I completely concentrated on the CHI Geneva after Rio. I simply wanted to win!

This Major victory means that your personal Rolex Grand Slam has begun. What do you think about this initiative?

Veniss: The Rolex Grand Slam has a special significance for me, whereby my Grand Slam history actually already began last year in Calgary, when I came third in the “CP ‘International’, presented by Rolex”. That was my first really big achievement, I was totally thrilled about it at the time. Furthermore, I was invited to compete at the CHI Geneva on the basis of this placement. That definitely inspired me. The result in Calgary made it clear to me that I have big dreams in this sport that I want to pursue. After that I worked even harder on myself. And one of these dreams – a childhood dream to be honest – namely winning the Major in Geneva has now come true. However, I do still have a big dream on my list…

Veniss: To be able to ride in Aachen one day. That has always been my big goal. I had the opportunity to do so once at the World Equestrian Games in 2006. But then my horse sustained an injury a week beforehand, which meant I wasn’t able to ride. Since then the thought of competing in Aachen just wouldn’t let go of me.

This July you will not only definitely compete at the CHIO Aachen, but indeed as the Grand Slam contender. How do you rate your chances of winning a further Major?

Veniss: Alone the fact that I am now being able to contend in the Rolex Grand Slam is simply unbelievable and I am so lucky to have such an exceptional horse like “Quabri de l´Isle” to take on the challenge with. Hence, my focus in 2017 will definitely lie on Aachen and Calgary. I know that it will be extremely difficult to win the Rolex Grand Slam, but I will train even harder and give it my very best shot. And as I already said: There is nothing wrong about having big dreams!