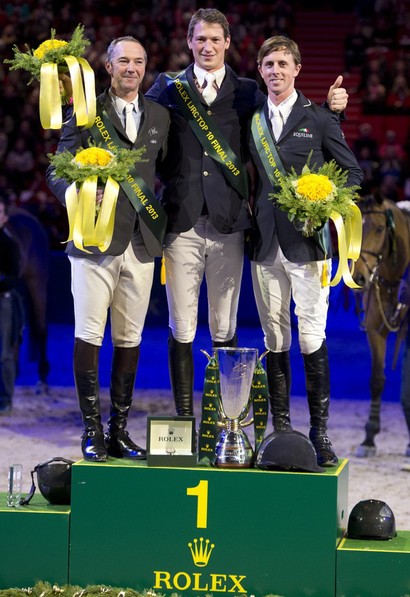 The concept that came about in 2001 at the Concours Hippique International de Genève, the world’s Rolex IJRC Top 10 final is back again in December at Palexpo.

The first seven editions took place in Geneva then migrated to Brussels in 2008, to Paris in 2009 and 2011 and to Stockholm in 2013. For the fourteenth edition, the celebrated class in back in Geneva for the tenth time.

Last year in Stockholm (SWE), Daniel Deusser was victorious with Evita van de Veldbalie. The German rider stole the show from Patrice Delaveau and Lacrimoso HDC, who were also to satisfy themselves with second place in the Champions Challenge, presented by Rolex a few weeks later in Geneva. The third place was awarded to the British rider Ben Maher on Triple X III, currently the number two worldwide.