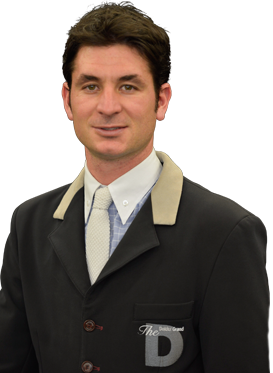 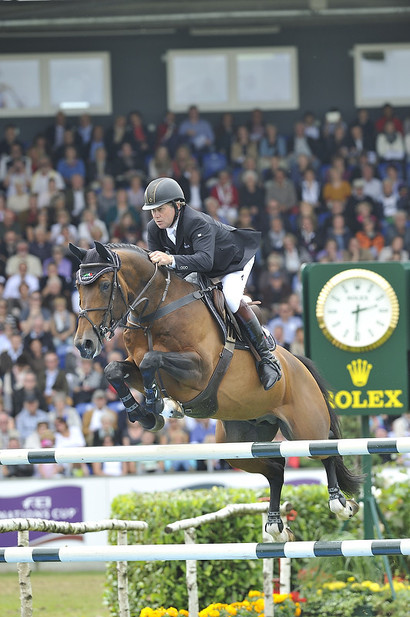 "Nick Skelton is a rider who has won his fair share of classes and he deserves a huge respect. He has crossed generations; he always won and has succeeded in adapting himself to various types of horses all through his career. He proved it in Aachen by winning the Grand Prix of the Rolex Grand Slam of Show Jumping with Big Star, a real phenomenon. He’s able to do everything and he demonstrated that people can still count on him. He already won on numerous occasions the Grand Prix over thirty years ago (in 1982, 1987, and 1988). That’s simply incredible! Nick is the perfect winner for the first event of the history of the Rolex Grand Slam of Show Jumping." 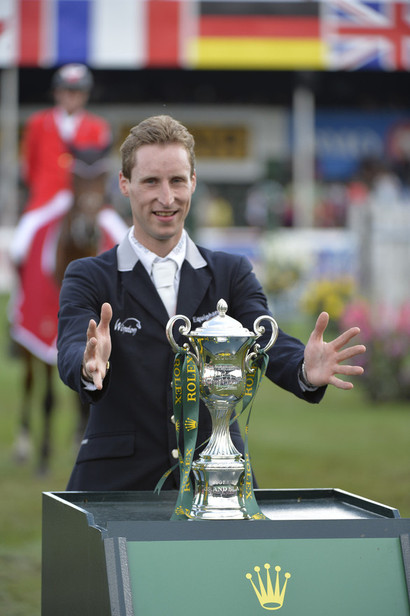 "Pieter Devos is maybe not the most famous rider for the public. But as riders, we have known him for a long time. He’s a real fighter and he has succeeded many times before his victory in Calgary. We could not really imagine him listed in the top 10 in the final ranking of this Grand Prix. But, when we think about it in hindsight, it isn’t such a surprise when we know everything he achieved before succeeding in the arena of Spruce Meadows. Candy does not have what we could consider as a “crack” style, but we only need to look back on her results to know that she’s definitely a crack. She feels at ease in the biggest classes in the world and so it’s not so surprising that the competition in Calgary suited her." "Christian Ahlmann is someone that I really appreciate as a rider but also as a person. He’s a really good guy. He’s very kind and open-minded. He’s an exceptionally gifted rider, who has won so many classes and it’s fabulous that he won the Grand Prix in Aachen this year. It is an amply deserved victory, a great present for him. Christian has had a lot of Cracks in his career, but he’s missing a real phenomenon like Shutterfly, Hickstead or Nino. A few riders would not have has such a success with the horses he has had. Codex One is a great horse, complicated, with a lot of ability." "Ian Millar is incredible. At the World Equestrian Games in Normandy already, he made an amazing run. What is surprising is that in comparison to other riders, who get older, Ian does not change at all with the years that pass by and he’s still winning classes. He is an example, an incredible competitor and a great sports lesson, but also a human one. I would like to say that Ian Millar is a rider who refreshes our sport, in spite of his age. I confess, I do not know his horse very well, because Ian does not come very often in Europe, but he has a lot of excellent results. It only takes a look at his recent performances at the World Equestrian Games and in Calgary to be conscious of the reality." Steve Guerdat: Winner of the Rolex Grand Prix in Geneva 2013.

"This success will stay etched in my memory for the rest of my life. The CHI Geneva represents so much for me and to win the Grand Prix with Nino is extraordinary. Such a victory is exceptional and it is even more than that because it is a rare thing in a career. This victory is the success that has the biggest value for me after my Olympic victory. It is now two years that the Rolex Grand Slam of Show Jumping exists and we can say that only exceptional couples achieve his name. It proves that the Grand Slam has a big value and that it is important. I always liked classics and history of our sport. I can only be motivated by this concept which brings a new dimension to Show Jumping. My season is based on these three events, they are my priority. To be able to participate at such important events and to be able to win one of them is a childhood dream. I do my best during the season to arrive in the best condition at the different events of the Grand Slam, no matter which classes there are before or after; the Rolex Grand Slam is the most important."