For all those people, who cannot be there in person on Sunday, when the best riders in the world battle it out to claim the victory in the Major, the “Rolex Grand Prix” of the CHIO Aachen 2017, which starts at 1.15 p.m. (CEST), the jumping competition is being broadcast live on TV and on the Rolex Grand Slam website.

The viewers from Germany can watch the first round of the “Rolex Grand Prix” live on TV, starting at 1.15 p.m. on WDR. ARD is then responsible for the live transmission of the second round, which commences punctually at 3.15 p.m.

For viewers from all other countries, the Rolex Grand Slam of Show Jumping is transmitting a livestream of the event directly on its website: Starting at 1.15 p.m. (CEST), the entire competition will be broadcast at www.rolexgrandslam.com. 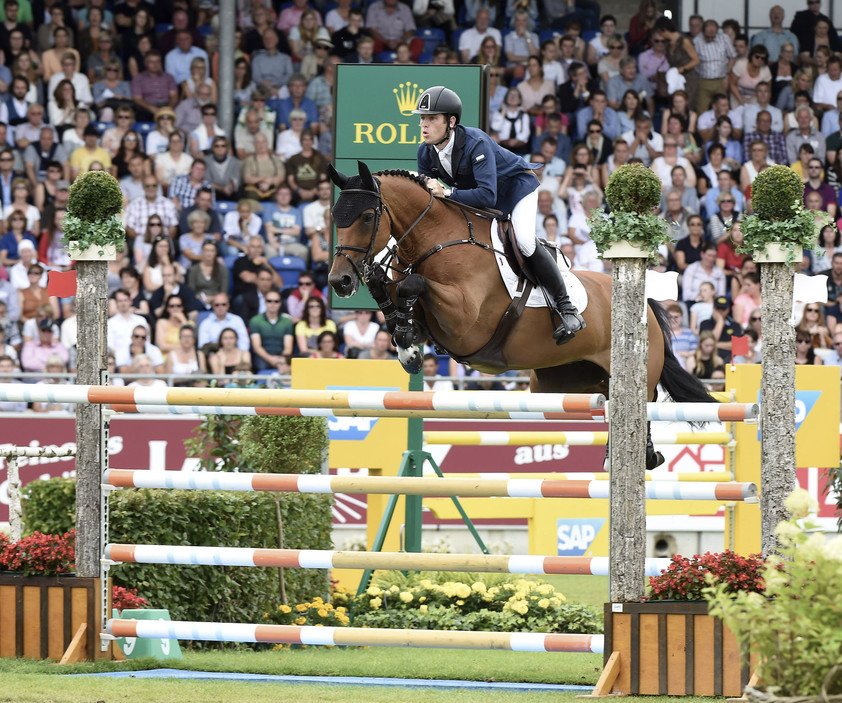 A Grand Slam bonus is at stake for Scott Brash in Aachen on Sunday.