40,000 spectators were there live when sporting history was written at the CHIO Aachen 2017: After two rounds and the subsequent jump-off in the “Rolex Grand Prix, the Grand Prix of Aachen”, Gregory Wathelet was able to assert himself against the entire world elite with “Coree” and win the first leg in the year of the Rolex Grand Slam of Show Jumping. Incidentally, this was the first Major victory in the Belgian rider’s career.

“It is simply a dream come true to see my name on the winners’ board in Aachen! It doesn’t suffice to give 100 percent to win a Major. One has to give 500 percent and that is what we did today. My horse was simply incredible,” stated an overjoyed, Gregory Wathelet, who will now take on the ultimate challenge in equestrian sport: The show-jumper, who succeeds in riding to victory in three consecutive Majors, wins the Rolex Grand Slam of Show Jumping and one million Euros in addition to the prize-money. So, Gregory Wathelet’s full focus will now be on Calgary, where at the Spruce Meadows ‘Masters” 2017 from September 6th-10th, he will be striving to claim his second Major title.

The winners of the last Majors weren’t able to redeem their chance of claiming a Grand Slam bonus: Scott Brash, who secured himself the top step of the winner’s podium at the Spruce Meadows ‘Masters’ 2016, had the opportunity of claiming a 250,000 Euro bonus for two Major victories within one Grand Slam cycle here in Aachen. However, the British rider picked up four faults in the first round with the mare “Ursula XII” and finished the class in ninth place after the second round. Indeed, the winner of the CHI Geneva in 2016, Pedro Veniss, could not participate in the “Rolex Grand Prix, the Grand Prix of Aachen”. Over the course of the show week, luck was not on his side, so the Brazilian rider didn’t succeed in qualifying for the Grand Prix. However, the Rolex Grand Slam of Show Jumping is not over for Pedro Veniss yet: In September at the Spruce Meadows ‘Masters’ 2017, for him 250,000 Euros will be at stake for the second Major victory within a Grand Slam cycle. 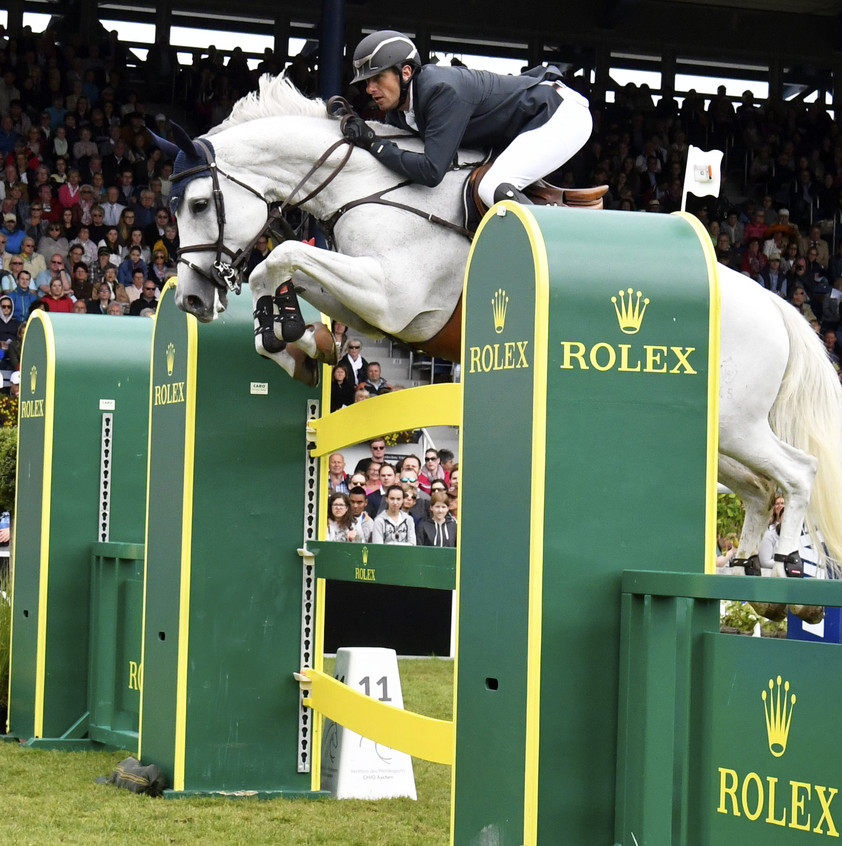