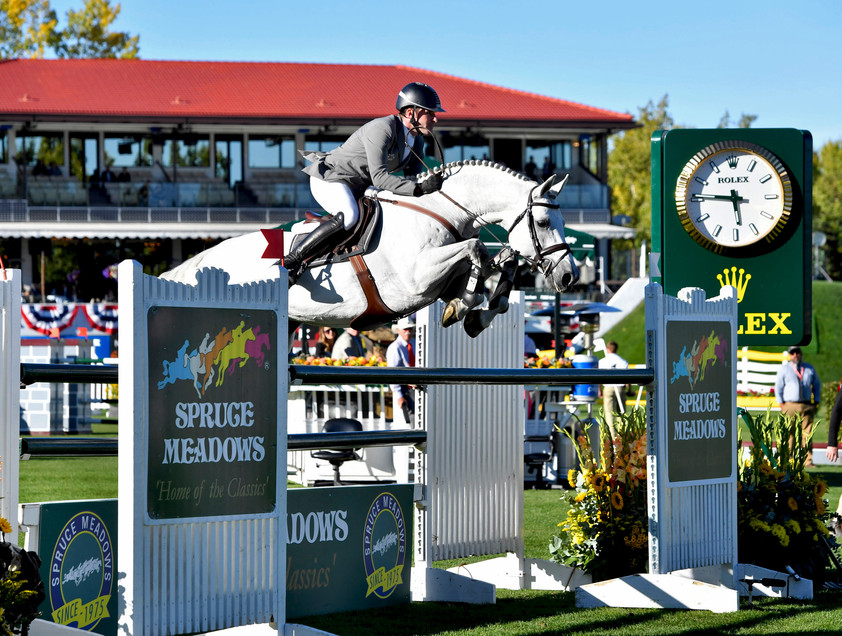 The final qualifier for the “CP ‘International’, presented by Rolex” was on Saturday evening and now it is ultimately clear which pairs are allowed to compete in the grand final on Sunday in this year’s Spruce Meadows ‘Masters’, the second Major of the year in the Rolex Grand Slam of Show Jumping.

The Rolex Grand Slam winner Scott Brash from Great Britain and the Brazilian rider, Pedro Veniss, who came first and third respectively last year, are also qualified for the final together with the reigning Vice European Champion from Belgium, Gregory Wathelet and his fellow countryman, Olivier Philippaerts – the winner of the Major in 2012. The winner of the Major in 2009, McLain Ward, will also strive to repeat this exceptional achievement. A victory in the “CP ‘International’, presented by Rolex” would be the first Major title for his US American team colleague, Kent Farrington – and the current number two in the world rankings is without doubt one of the big favourites.