Athletes regulations of the Rolex Grand Slam of Show Jumping

Athletes with a chance to win a bonus will automatically be invited to the CSI designated event under the FEI CSI invitation rules.

With respect to the CSIO/CHIO designated events: If eligible qualified individual athletes, not entered as a team member for a CSIO event which is part of the Rolex Grand Slam of Show Jumping, the respective NF’s will make their best effort so that the eligible Rolex Grand Slam of Show Jumping athletes (those currently in the bonus cycle) are entered either as an individual in addition to team members or as a team member. If the former (individual) is the case all National Federations represented by teams will be permitted to send one or two individuals in addition to team members. In summary, all NF’s represented by teams must be allowed to have the same number of athletes represented at the CSIO.

In the case the place of residence of the winner(s) of the three previous events is on another continent than where the Rolex Grand Slam event takes place, Rolex will reimburse the travel expenses of the athlete/horse(s)/groom with a maximum amount of € 15,000 per horse, with a maximum of 2 horses per athlete.

Rolex will reward a bonus in the case that an athlete (not athlete/horse combination) is participating and successful according to the bonus system as follows:

The bonus cycle (four successive events / Grand Prix) for each athlete will start at the moment of her/his first win, regardless of the calendar year, applicable to options a) or b) above. An athlete can only win one bonus during a bonus cycle, no bonus can be combined.

The bonus will be paid out according to the FEI Rules after her/his cycle has been completed and the result is definitely confirmed. The bonus will be paid out under Swiss tax regulations. The athlete will be invited at a prize-giving ceremony, which may take place at the event where the cycle is completed or elsewhere if the athlete is unable to attend the last event of his/her cycle. Rolex and the participating events will have the right to use the pictures/images of the winner of a Rolex Grand Slam for their own public relations and communication.

This committee will interpret them and render a decision in a manner compatible to the fullest extent possible with the other provisions of these regulations as well as sporting spirit. Swiss law is applicable for these regulations. All disputes arising from these regulations shall be decided by the CAS in Lausanne. 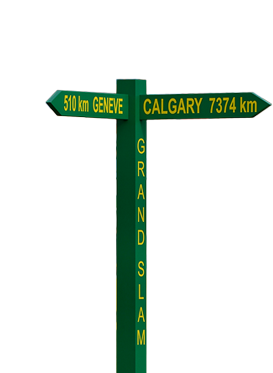