The first ‘major’ test at the CHIO Aachen 2017 is over and just like last year the victory in the “Turkish Airlines-Prize of Europe”, the first qualifier for the “Rolex Grand Prix” on Sunday, went to the Canadian rider, Eric Lamaze and “Fine Lady”. In the jump-off, the pair relegated Ludger Beerbaum from Germany, who had saddled “Chiara”, and the Irish show-jumper Bertram Allen with “Molly Malone”, into second and third place, respectively.

The current Grand Slam contender, Pedro Veniss, also succeeded in qualifying for the jump-off with his top horse, “Quabri de l’Isle” at his debut appearance on the “Holy Grass” of Aachen. However, the pair picked up eight penalty points in the jump-off, which meant they ultimately ranked 18th. A placing that nevertheless has increased the Brazilian rider’s chances of making sure his name is on the starting list of the “Rolex Grand Prix”, because the best 40 riders from the three qualifications earn themselves a ticket for the final. However, nothing is anywhere near decided yet, we won’t know exactly which pairs will be competing in the Major until after the third and last qualifier on Friday afternoon.

The next qualifying competition for the “Rolex Grand Prix, the Grand Prix of Aachen”, which is endowed with prize-money to the value of one million Euros, is the “Mercedes-Benz Nations’ Cup”, a floodlit class that starts at 7.30 p.m. on Thursday evening. Here, the riders who rank under the top 18, directly secure themselves a ticket for the final. The “Prize of North Rhine-Westphalia, which commences at 12.45 p.m. early on Friday afternoon is the final opportunity for the riders to jump their way into final of the Major.

Incidentally, Scott Brash, who won the Grand Slam title in 2015, chose not to compete in the first qualifier. As the winner of the Spruce Meadows ‘Masters’ in 2016, the British rider not only has the chance of picking up the bonus for two Major victories within one Grand Slam cycle, he has also already pre-qualified for the “Rolex Grand Prix” with his mare “Ursula XII”. 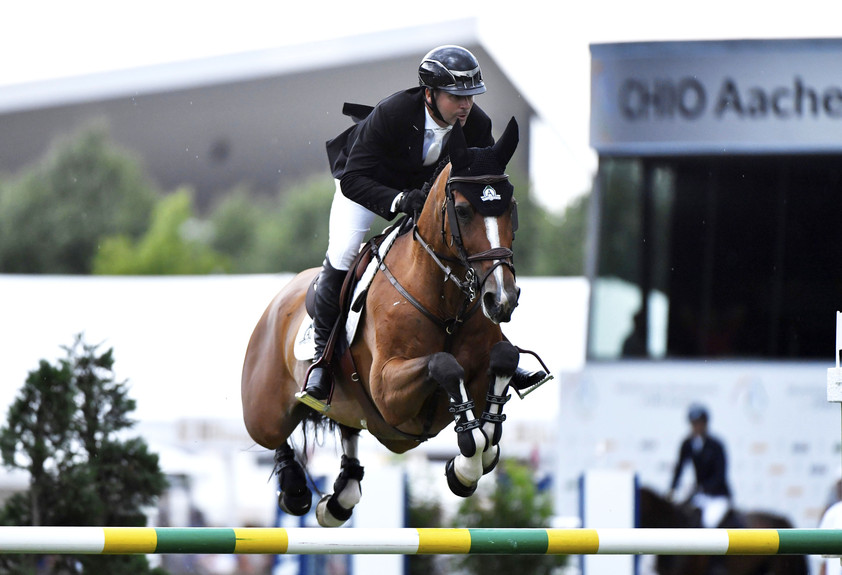