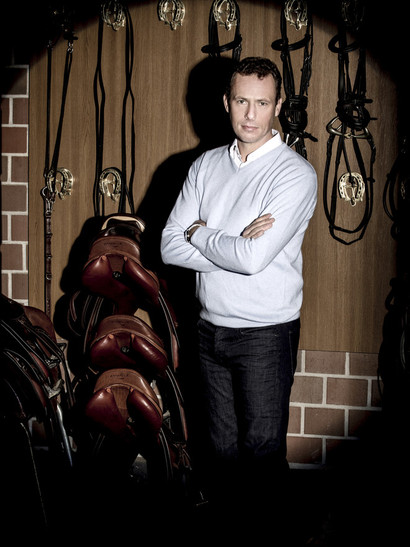 Christian Ahlmann put in a strong first appearance. The German show-jumper succeeded in qualifying for the Rolex Grand Prix on Sunday straight away at the CHI Geneva. After jumping clear, he finished in eighth place with "Codex One" in the "Credit Suisse Grand Prix". In the summer, he also competed in the Rolex Grand Prix at the CHIO Aachen with his top horse – where his personal "Rolex Grand Slam of Show Jumping" began. This alliance between the shows in Aachen, Geneva and the Spruce Meadows in Canada is the most prestigious and the most difficult trophy to win on the international equestrian sport circuit. The rider, who manages to claim the victory at all three shows in succession, wins the Rolex Grand Slam of Show Jumping – as well as one million Euros in prize-money. It is no longer possible for Christian Ahlmann to do that, because although he came first in Aachen, he didn't win in Canada. Nevertheless, if he rides to victory in Geneva, he will be the first rider in history to claim a bonus. Because the rider, who wins two out of three shows – albeit not in succession – receives a bonus of a quarter of a million Euros in addition to the prize-money. Which doesn't exactly ease the pressure on the rider: "The Rolex Grand Slam is the icing on the cake," said Christian Ahlmann. Of course, the pressure is high, but "I am very satisfied with our first performance. Codex is in good shape and I have a very good feeling about the Rolex Grand Prix on Sunday."