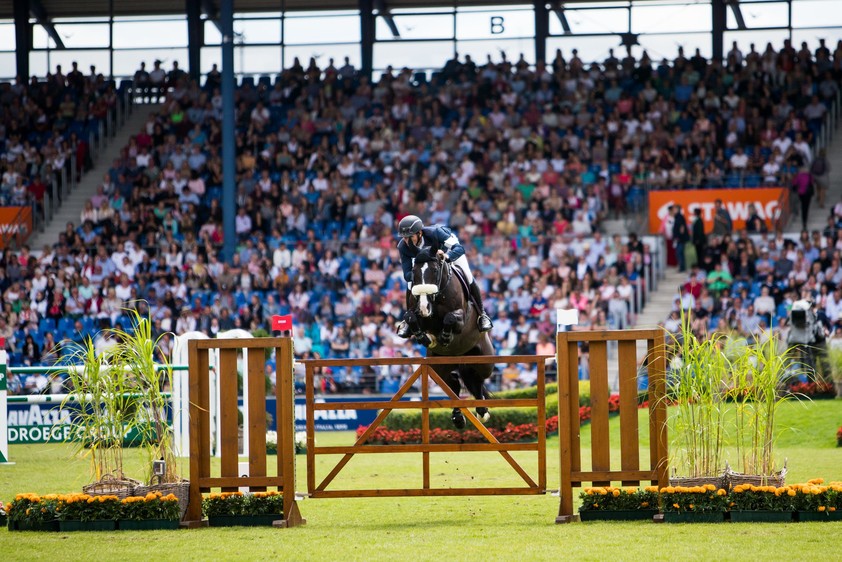 After immense anticipation, CHIO Aachen returns on 14-19 September following a one-year hiatus, as a result of COVID-19. An exceptional list of 66 riders from 17 nations, which includes 19 of the world’s current top 30-ranked athletes, and amongst them four Rolex Testimonees, are confirmed to travel to the North Rhine-Westphalia city in the west of Germany, bringing a total of 210 extraordinarily talented horses. Unsurprisingly, home nation Germany will be represented by no fewer than 18 athletes, with current world number one, Daniel Deusser, the stand-out and in-form rider.

As well as hosting feature classes on each of the five days of world-class equestrian action, including the Mercedes-Benz Nations´ Cup team jumping competition; the globally renowned show, which dates back to 1924, is set to conclude with the inimitable 1m60 Rolex Grand Prix, the third Major of the year, as part of the Rolex Grand Slam of Show Jumping. Newly-crowned Live Contender, Steve Guerdat – following his stunning victory in Sunday’s CP ‘International’, presented by Rolex at the CSIO Spruce Meadows ‘Masters’ – will now continue his epic Rolex Grand Slam journey at CHIO Aachen where he will defend his Live Contender status.

After flying the flag for Switzerland at last week’s CSIO Spruce Meadows ‘Masters’, current world number three, Martin Fuchs, is accompanied by five of his star horses, including his two geldings, nine-year-old Leone Jei and 13-year-old The Sinner, and his seven-year-old mare, Diva Van Het Cauterhof Z, who will feature in the classes for Young Horses.

Also present in Calgary is Great Britain’s Scott Brash, who in 2015 became the first and only rider to be crowned the Rolex Grand Slam of Show Jumping Champion. Current world number four, Brash will be hoping to start his Rolex Grand Slam journey at the CHIO Aachen, and brings three of his horses, Hello Jefferson, Hello Shelby and Hello Vittoria, the former who the Scot partnered to an impressive Grand Prix victory with at Valkenswaard in July.

Much to the delight of show jumping fans worldwide, Brash’s British teammate – the recently crowned Tokyo 2020 Olympic Games Individual Jumping champion and current world number six – Ben Maher teams up with his formidable 12-year-old gelding, Explosion W. The duo look to be the ones to beat, and are sure to have their sights set on victory in the Rolex Grand Prix on the final day of the competition. Maher also travels with his highly-regarded seven-year-old, Point Break.

Currently sitting 10th in the world rankings, recent European Team Jumping champion and the only rider to compete at each of the Majors since the inception of the Rolex Grand Slam of Show Jumping in 2013, Switzerland’s Steve Guerdat puts his faith once again in Albfuehren's Maddox. His 10-year-old stallion travels to CHIO Aachen alongside his gifted 12-year-old gelding, Victorio des Frotards.

Joint world number 27-ranked riders, America’s Laura Kraut and compatriot Jessica Springsteen both travel to westernmost Germany full of confidence after the pair played an integral role in securing the United States’ Team Jumping silver medal at last month’s Olympic Games. Kraut travels to CHIO Aachen with her Olympic partner, 11-year-old gelding Baloutinue and her experienced 14-year-old gelding, Confu. Meanwhile, Springsteen travels with 12-year-old stallion, Don Juan Van De Donkhoeve, who she partnered at Tokyo 2020, and her stand-out 14-year-old mare, Rmf Zecilie, who she won the Rolex Grand Prix at the Brussels Stephex Masters with just over a fortnight ago.