Inside the Rolex Grand Slam: Breeders Uncovered with Keeley Durham 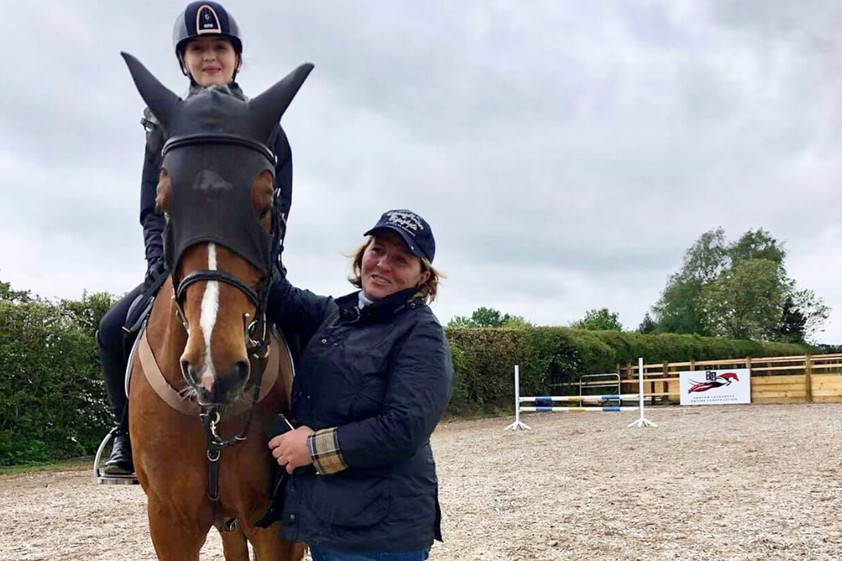 My earliest equestrian memory comes from when I was ten years old, and I went to my first show at the Parklands Equestrian Centre. I was competing in a clear round class, and each round cost my father 50p – I think he ended up spending £20 for me to finally get a clear round rosette because my pony kept stopping and I kept on falling off!

What is the proudest moment of your career so far- either in riding, equestrian or breeding?

I have been fortunate to have had some amazing moments in my career thus far. In terms of my riding career, I have a few proudest moments, including winning the Young Riders class at the Horse of the Year Show in 1991 and being part of the Young Rider Team that won gold at the 1992 European Championships in San Remo on Welham.

As an owner, Welham was an amazing horse, after my career with him he went on to compete with John Whitaker and won so many classes. His biggest achievement was winning the Grand Prix at CHIO Aachen. Then as a breeder, it definitely has to be breeding Argento.

How did you get into the breeding side of the sport?

When John [Whitaker] was riding Welham, we were once down at Nick Skeleton’s yard and he suggested that I should get a broodmare and start producing more young horses. I thought this was a great idea, but I did not really act upon the idea until about two-months later when John asked me to go and collect something for his cattle from a local farmer, and I ended up coming back with a two-year-old mare, named Flora May. We bred from her aged three, before we broke her in and it all really started from there. After her first foal we jumped her for a little while before she had her second foal – which ended up being Argento.

Did anyone mentor you on how to breed successfully?

I never really had a mentor – I go mainly off instinct and gut feeling. But now, I spend more time looking at the pedigree of the horses than I used to when I first started.

Is there anything you look for specifically in your mares and sires to ensure you breed the best possible progeny?

Definitely! Actually, I have carried on breeding with the progeny of the first broodmare that I had as she was a great horse. To me she had everything I look for and all of the horses that she has bred have been very correct and that is very important to me. For a mare, I think that it is very important to have a good correct stamp, a good temperament and to be a ‘nice person’. Of course, you also want them to move nicely and jump well. For the stallion, I try to match them up to the mare, for example if the scope needs more scope, then I would choose a scopey stallion. They also need good conformation and temperament.

What are the three fundamental points to breeding a top show jumping?

Firstly, the mare and stallion must have correct conformation. Then, I think that the stallion they must have a good jumping technique and be scopey, and lastly having a good attitude from each side. I wouldn’t want to breed from a horse that was tricky or has a bad temperament, I do not mind them being hot though.

Has there been a time when you put some pairings together and you didn’t think would produce something special and they’ve ended up giving unexpected results?

When I put Flora May to foal with Arko, we definitely were not expecting to breed Argento. Arko, at the time, was a young stallion and Argento was one of his foals bred in England. I chose Arko because I saw him jumping with Nick [Skelton] when I was travelling around the shows with John and Welham, and I really liked him. Even though he was cheeky, he was a ‘nice person’ and had a huge amount of jump.

The partnership between horse and rider is so important – is that something you look for when you sell to new owners?

Definitely! Malcom Pyrah would say – I nearly vet the person buying my horse, as much as they would want to vet the horse. I do not sell many of my horses, but when I sold Argento to John, I already had a very good relationship with him and trusted him a lot. More recently I sold a horse called Arakan to the United States of America, and if I didn’t like the people, I probably would not have sold him.

Are there any insights you could give the reader to a day in the life or your facilities?

It is very important that you have access to enough land – so that they [the horses] can live out and be horses – the foals should grow in a natural environment for as long as possible until you start breaking them in. I also think that it is very important to handle the foals correctly from when they are born. We start leading our foals from day one – they will have a headcollar on and are taught to lead in hand from the very first day.

I don’t breed many foals, so I can spend time with them and give them more attention than you could do in a big breeding yard and that is what I enjoy. I love the foals and looking after them. I think you if you are foaling them at them at home you must be committed to being there and watching them through the night – it only takes 10 minutes from something to go wrong. Everything can be alright one minute and then the next you need to be there for the mare and foal.

If you are planning to sell foals, how long do you tend to keep them for?

I have never sold any foals; I always produce them up to competition level. If you were to sell a foal you can sell when it’s on the mare and then around weaning time you would take the foal from there. As well as Show Jumpers, I have bred one horse that went up to intermediate eventing and others that have not been superstars but they have been nice horses.

How many horses do you breed in a normal year?

At one point we had two broodmares, but we now only have one, so we will only breed one foal this year. However, I am thinking that next year I may do an embryo transfer. I plan to keep one embryo and sell one embryo as a mare in foal with the embryo from Betty May [daughter of Flora May]. Betty May is full sister to Argento, and her first foal is by Big Star, this foal will be three next year and we are very excited about her. She is called Stellar; we have not loose jumped her but from seeing her around the field – I think she is one to watch.

What is your ambition for breeding horses?

Well, I would say to breed a superstar – but I am very lucky that that has already happened. However, it would be lovely to breed another horse like Argento. They say that you only have one good horse in a lifetime, but I have been so lucky to have had Welham and Argento. I have achieved every Pony Club girl’s dream when I bred Argento. I would however love to breed a coloured horse out of Betty May if I found the right coloured stallion.

Do you have any aspirations away from breeding?

Recently I have started taking on a few clients on my yard that have competition horses. I coach and mentor them. I love being on their journeys and helping them achieve their goals and guiding the management of their horses. I have three main clients, one of which is Evie Toombes, the para-rider, she is such an inspiration and I love being part of her journey. My other two clients are Evie’s mother Caroline and Andrea Lloyd.

How positive do you think the Rolex Grand Slam has been for the sport?

I think it’s very positive – it is something for the top show jumpers as well as the next generations to aim for. The prize money is incredible and to be able aim for the bonuses give the riders a real drive to succeed.

Which of the four majors your favourite and why?

I have been incredibly fortunate, and I have been to all of the Majors. I think that they are all amazing shows, but I think that my favourite is Aachen. It has very special memories for me, with John and Welham winning the Grand Prix there in 1997 – it is like winning Wimbledon for tennis. I also love Spruce Meadows, it is such a unique show, especially where it is situated. The Southern Family are so welcoming, they make you feel like part of the family and they will go any lengths to help you out. They have improved it so much and the atmosphere is incredible.

Who has been your biggest inspiration?

My mother; she is my inspiration and has supported me through everything. She worked so hard to help me achieve what I did, and we were very lucky to find Welham together through Nick Saywell. She is amazing and will always have my back.

What is the best piece of advice you have ever been given?

I worked for Nick Saywell when I was doing well with Welham; and he told me remember your friends on the way up, because you may need them on the way down. Another piece of advice that I think is very valuable is you should always take advice because you should never stop learning.

What advice would you give a youngster wanting to get into the industry?