“Everyone has respect for a Major victory!” 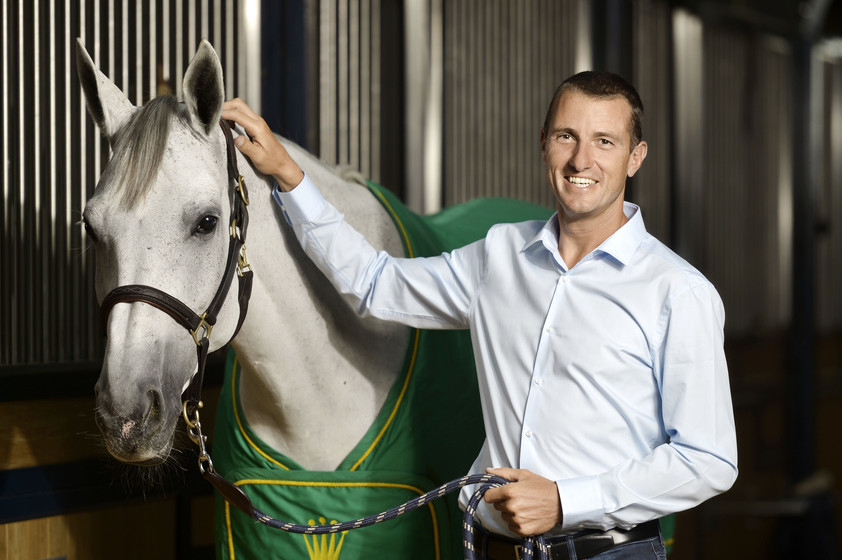 It is time once again! The Rolex Grand Slam of Show Jumping is welcoming the best riders in the world to the second Major of the year in Calgary, Canada: At the Spruce Meadows ‘Masters’ from September 6th-10th the Belgian show-jumper, Grégory Wathelet, will particularly be the focus of attention, because as the current contender of the Grand Slam title, he will be striving to claim his second Major victory in succession. The 36-year-old reveals in the following interview what goals he has set himself for the coming leg of the Rolex Grand Slam, what challenges the horse and rider are faced with in Spruce Meadows and why September 10th is to be his big day on two counts.

Your triumph in the “Rolex Grand Prix” at the CHIO Aachen 2017 was your first Major victory. A special milestone in your career?

Grégory Wathelet: Definitely. It is the dream of every rider to be eternalised on the winners board in Aachen and for me it is something really special to have my name on that list. A Major victory is different to other Grand Prix victories. Something that everyone has respect for, everyone congratulates you. To see my team and my horse owners so happy in Aachen, was the best feeling in the world for me.

With this victory your Rolex Grand Slam of Show Jumping has now begun.

Wathelet: I am delighted to take on this challenge! It was a great thing for us riders when the Grand Slam was brought into being, after all it unites the best shows in the world. Everyone tries to perform even better in the Majors, ride even a little stronger. I now have the opportunity to really prove myself in the Grand Slam and I am very much looking forward to the coming legs!

What is special about the Spruce Meadows ‘Masters’?

Wathelet: It is a very exceptional show in a place that we riders actually aren’t used to any more: The atmosphere is unique, full of history and tradition, as is the case in Aachen for example. Spruce Meadows is nevertheless different to all the other Grand Slam Majors: The obstacles are built differently, the course design is extraordinary. Everything appears bigger and mightier, for the horses too. You need a horse that isn’t overwhelmed by these dimensions. That’s why I rely on “Eldorado”. He already demonstrated his quality in Calgary last year and in the meantime we have added several very good results to the list at other shows. He is a horse that can jump over everything, anywhere.

Wathelet: The victory, of course! (laughing) No, seriously it is pure coincidence that these two events fall on the same day, but I try not to think about it too much. I simply want to be as good in the ring as I can and then see what happens. The class will be difficult, the competition will be tough. To be honest,  my chance of winning the Grand Prix is exactly as high or low as it is for any of the other riders. Everyone wants to win, everyone will compete with their best horse. But I will certainly exploit my chance to the full. I don’t want to regret anything later! I will arrive in Calgary with top-trained horses and will fight hard to make sure that September 10th is going to be a really big day for me!