Pieter Devos on the road to success 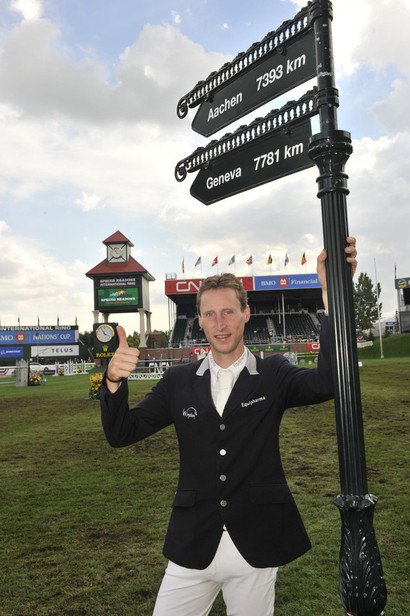 In September he rode to victory at the Spruce Meadows Masters in Canada, and now he has repeated his success in China: Belgium's Pieter Devos won the most important jumping competition in Shanghai. Devos already reached the jump-off at the CHI in Geneva and thus demonstrated that he is certainly not to be underestimated in the future.  Hence, at the CHIO Aachen in just over a month's time he will also be a serious candidate – if he were to win at the Soers after his victory in Canada, he would be 250,000 Euros richer, because he is still  in the running to win the "2 out of 3 mode bonus“ of the Rolex Grand Slam of Show Jumping. Another impressive factor is that Devos has two irons the fire, the successful mare "Candy" with whom he won the Masters and "Dream of India", whom he had saddled in Shanghai when he outrated his fellow competitors.