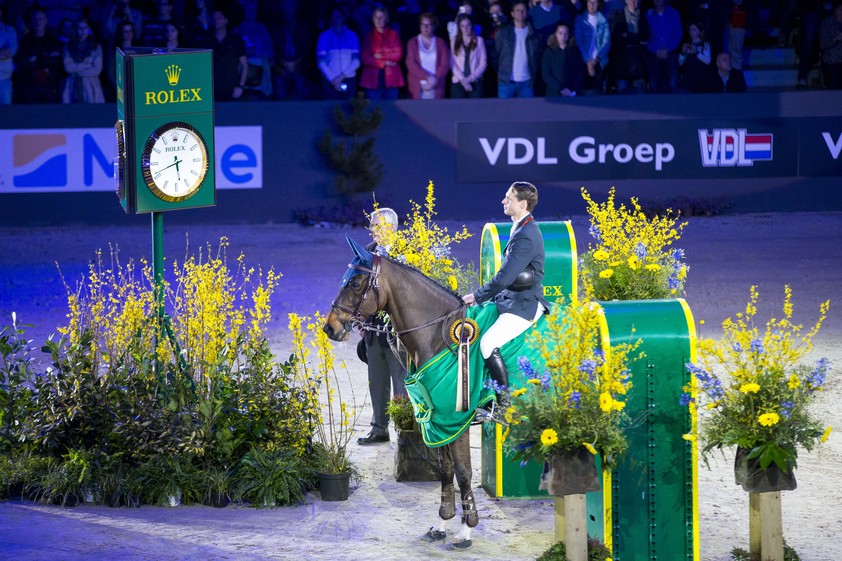 As the Rolex Grand Slam of Show Jumping first event of the year starts tomorrow, the Dutch Masters have finalised their list of riders.

Local riders, Harrie Smolders and Maikel van der Vleuten, currently ranked second and seventh in the world respectively, will be looking to give the home crowd something to cheer about, following in the footsteps of compatriot Leopald van Asten, winner of the Rolex Grand Prix in 2017.

A strong contingent of Rolex Testimonees will be attempting to emulate the achievement of fellow Testimonee Scott Brash, who remains the only rider so far to have won the Rolex Grand Slam of Show Jumping, following his emphatic victories in 2015.  Kevin Staut (FRA), a winner of the Rolex Grand Prix at The Dutch Masters in 2014, heads the challenge, with Canada’s Eric Lamaze, currently ranked world No. 9, making the trip from his winter base in Florida, USA for the competition. World No. 10 Steve Guerdat (SUI) will be making his 16th appearance in a Major, the only rider to have competed in all Majors since they began in 2013, with Britain’s Scott Brash also competing as he seeks to repeat his remarkable Rolex Grand Slam feat.