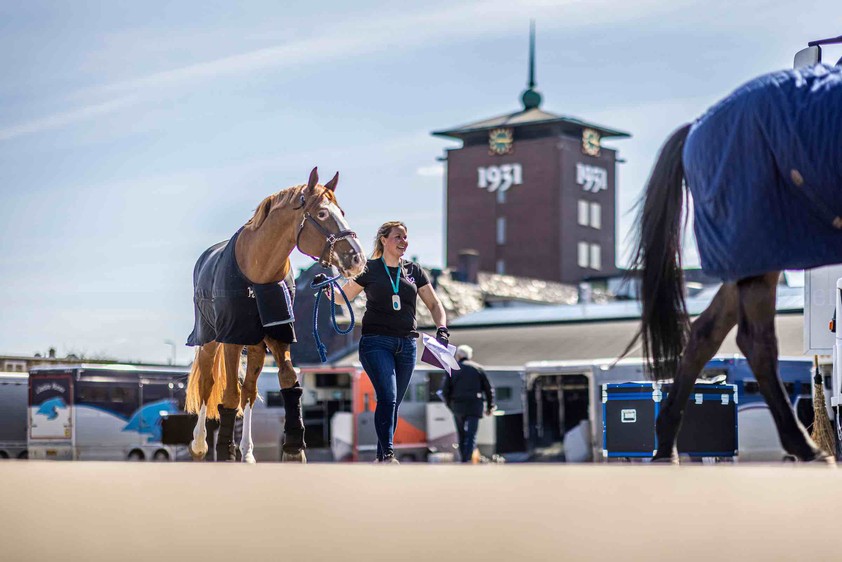 This year The Dutch Masters welcomes back spectators to the world-renowned Brabanthallen for the first time since 2019. The event runs from the 11-13 March and will follow a slightly adjusted programme to meet the requirements put in place due to the COVID-19 pandemic. Recognised as one of the most prestigious indoor shows on the equestrian calendar, ‘s-Hertogenbosch will not only host the world’s best show jumpers, but also welcomes the elite dressage horse and rider combinations who will compete in the FEI Dressage World Cup™ on Friday and Saturday.

The Tokyo 2020 Olympic gold medallist and World No. 1, Germany’s Jessica von Bredow-Werndl, will be hoping to continue her 2021 success aboard her 15-year-old bay mare, TSF Dalera BB, with whom she became double Olympic and European champion. The winning partnership will be sure to treat the crowds to a masterclass as they compete in the FEI Dressage World Cup™ Grand Prix on Friday afternoon and the FEI Dressage World Cup™ Freestyle on Saturday.

In the build up to the Rolex Grand Prix which takes place on the Sunday afternoon, spectators will be entertained by the world’s best show jumpers competing in a packed-out programme of international classes. Highlights include the VDL Groep Prize on Friday evening – which was won by Rolex’s newest Testimonee Daniel Deusser (GER) in 2021 – and the Audi Prize on Saturday evening.

Aside from the sporting action, one further highlight will be a very special retirement ceremony for Maikel van der Vleuten’s Verdi TN, which will take place ahead of the Rolex Grand Prix on Sunday afternoon. This retirement ceremony was originally planned for 2020, but the decision was made to delay until spectators were able to return to the stadium to enable Verdi TN to have the send-off he truly deserves. Throughout his career Verdi TN was a tough competitor and boasts accolades including a team gold medal at the FEI World Equestrian Games™ in 2014 and a team gold medal at the FEI European Championships in 2015.

Tickets are still available to book. Visit the website www.thedutchmasters.com for more information.